More than 35 leading arbitrators, distinguished professors of law, and arbitration practitioners attended the Annual Colloquium of Institute Members of the ICC Institute of World Business Law, which took place in Paris on 6 March 2017. An invitation-only event, the 2017 Colloquium was devoted to the crucial question of decision making in international arbitration. Philippe Cavalieros, an Institute Member and Partner at Winston & Strawn LLP in Paris, reports.

Established in 1979, the Institute is a unique forum designed to build knowledge and encourage the development of international business law and practices through close cooperation and discussions between practitioners and scholars, and through training and research.

The topic of this year’s Colloquium was the decision-making process in international arbitration. Institute Chairman Yves Derains, who has written extensively on the subject,1 reminded the audience that this is one of the most salient issues in arbitration, applying to sole arbitrators as well as arbitral panels. 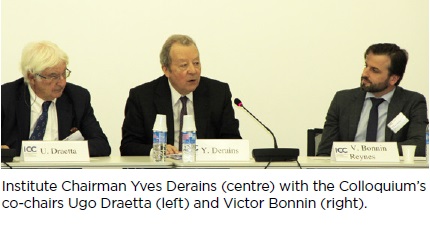 After introducing the Colloquium’s co-chairs — well-known arbitrator and author Ugo Draetta and Spanish practitioner Victor Bonnin, who is well versed in the subject — Yves Derains explained that the process of deliberation extends throughout the proceedings and is not confined to the meeting expressly intended for this purpose. It requires constant collaboration and cooperation among the arbitrators.

Ugo Draetta and Victor Bonnin introduced the subject’s subdivisions2 and opened the discussions. The Colloquium aims to allow a free exchange of ideas and experience for the benefit of all attendees, rather serving as a platform for lectures on each sub-topic.3

Decision making as a mental process

Decision making is a mental process that starts on day one. First impressions, created as early as the Request for Arbitration or the Answer, are often the most important. Some practitioners, however, considered that the final impression, for instance in post-hearing briefs, is the most important.

Everyone nonetheless agreed that all of the parties’ respective positions should be taken into account at all times and that arbitrators should refrain from making judgments too early: it is essential to first understand what the parties mean.

Collegiality of arbitrators’ decisions despite possible differences in their respective roles

Collegiality does not exclude diversity, whether in relation to the arbitrators’ roles or profiles. Although the decision-making process is at times asymmetrical, there are advantages in having a panel composed of individual with diverse profiles, for instance including an engineer or technical expert in the field. 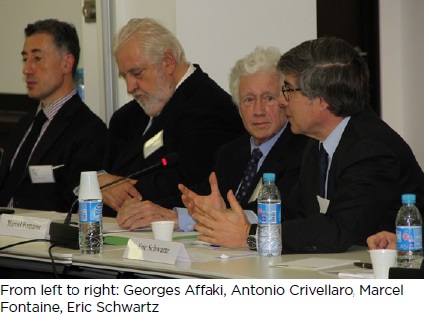 Collegiality at large prompted an interesting debate, including among practitioners with first-hand experience of the recent Puma case in the Spanish Supreme Court,4 in which two arbitrators were found liable for having excluded the third arbitrator from their deliberation. All participants agreed that arbitration cannot tolerate a breach of collegiality, and that the arbitrators should have at least invited the recalcitrant arbitrator to the deliberation. That said, almost everyone agreed that institutional arbitration was much better equipped to avoid this kind of unfortunate situation. One thinks in particular of the removal of uncooperative arbitrators.5 Also, the casting vote of the president, who can decide a matter alone,6 although rarely used in practice, can help to ensure the efficiency of the deliberation process.

Co-arbitrators’ decisions regarding the appointment of the tribunal president

There exist various systems for the appointment of the president by the co-arbitrators. The parties generally have a say in the process, as it would be exceptional for the co-arbitrators to select a chair without consulting the parties. Consultation is indeed permissible.

However, some tension is inevitable as the parties ultimately want to select a president to win the case, whereas the co-arbitrators want someone with whom they each feel comfortable.

Co-arbitrators’ decisions prior to and during the case management conference

Some debate occurred as to whether comments by co-arbitrators on the president’s initial drafts of the initial procedural order, for instance, are appropriate or may be perceived as lese-majesty.

With respect to the case management conference, some practitioners expressed the view that there is much more to be discussed than the mere procedural timetable and that in-house representatives should be present, as suggested in the ICC Rules.7

Arbitrators’ decisions at the stage of submission of the parties’ briefings 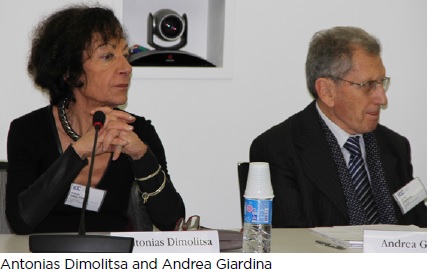 One distinguished arbitrator expressed the view that, during the written submissions phase, it is the arbitrators’ responsibility to suggest or direct the parties to consider a specific course of action or develop a particular factual or legal issue, so as to promote overall efficiency in the arbitral process. Others believed that the tribunal should not reveal too much of its thinking during the submissions phase; otherwise, the party that ultimately loses may feel that it has not had a full opportunity to present its case.

Co-arbitrators’ intervention before and during the evidentiary hearing

One practitioner considered that it is of utmost importance that questions posed at the hearing should be even-handed since a co-arbitrator’s independence is under scrutiny at that stage. While everyone agreed that either the president or all arbitrators should ask questions, one person noted that problems can arise if the president and the co-arbitrators are not equally prepared.

Arbitrators’ decisions between the evidentiary hearing and the deliberation meeting

There are many ways of approaching the deliberation after the hearing.

One practitioner considered that deliberating after the hearing is not practicable, since everyone wants to go home, and that instead the arbitral tribunal should deliberate during the breaks. Another practitioner expressed the view that in an ideal world the arbitrators should come to the hearing fully prepared, as otherwise the benefit of witness testimony will be lost, and that they should deliberate throughout and immediately after the hearing. In the real world, however, arbitrators are unfortunately not always prepared. Those who are, sometimes even have a first draft of the award, to the extent this is possible at that stage of the proceedings.

Arbitrators’ decisions at the deliberation meeting 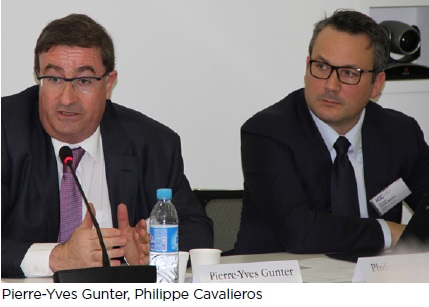 Everyone agreed that a unanimous award is preferable, but compromise is not necessarily a panacea. Several practitioners found ‘horse trading’ or bargaining utterly shocking.

One European arbitrator from a country where splitting the baby is the norm and actually has a name,8 explained that it is not easy to convince less experienced arbitrators not to follow this practice. Several practitioners agreed that costs are often used to attenuate an otherwise strong award, or to save the face of losing counsel ‘who did a good job’. Others felt strongly against this practice.

Arbitrators’ decisions during the drafting of the award

One arbitrator suggested that the recent practice of the ICC International Court of Arbitration to reduce fees if the draft award comes late should be proportionate to the fee-split between the tribunal members. Another asked how the Secretariat of the Court could know which member of the arbitral tribunal caused the delay without breaching the confidentiality of the deliberations. Yet another suggested that the president could contact the Secretariat and explain the difficulty encountered in producing a draft.

What is most important is to discuss the merits and avoid dissent. It was however also noted that some dissenting opinions had a real impact on the legal community9 and that ultimately a lot depends on the quality of the dissenting opinion.

Concluding on a lighter note, one distinguished Paris-based practitioner recalled having been involved in the rendering of an award by consent some ten years ago, to which a dissenting opinion was appended, making it an award by dissent!

1
Yves Derains, ‘The Arbitrator’s Deliberation’, The Fifth Annual International Commercial Arbitration Lecture delivered at the American University School of Law, republished in 27(4) Am. U. Int’l L. Rev. 911 (2012); Yves Derains, ‘La pratique du délibéré arbitral’, in Global Reflections on International Law, Commerce and Dispute Resolution, Liber Amicorum in honour of Robert Briner (ICC, 2005). 2
This report relies heavily on the structure and outline set out by the co-chairs, to whom its author gives full credit. 3
Given the often anecdotal nature of the contributions, the Chatham House Rule applies and the speakers will not be named in this report. 4
Ruling of 15 February 2017. 5
ICC Arbitration Rules, Article 15. 6
ICC Arbitration Rules, Article 32(1). 7
ICC Arbitration Rules, Article 24(4). 8
The Italian term contentino. 9
Georges Abi-Saab, Abaclat and Others v Argentine Republic, ICSID Case No. ARB/07/5 (formerly Giovanna a Beccara and Others v The Argentine Republic), Dissenting Opinion to Decision on Jurisdiction and Admissibility (28 October 2011).
﻿