ICC's Young Arbitrators Forum (ICC YAF) held its 6th Global Conference at Columbia Law School in New York City on 9 and 10 June 2017. The Conference aims to provide a platform for exchanging experiences, networking and discussing matters of current interest in international arbitration. The sixth edition of this key event in the ICC YAF calendar attracted a total of 152 young practitioners from 42 countries worldwide.

The diverse legal cultures represented among the participants made a perfect audience for Jan Paulsson's opening keynote speech about globalisation, diversity, and internationalism in 2017. It also set the background for the entire first day of the Conference, the underlying theme of which was diversity and similarity in international arbitration. In the first session, ICC YAF representatives from six different regions presented recent landmark cases, decisions and legislative developments around the world. During the lunch break, Erin Gleason Alvarez shared her experience as Head of ADR Programs at AIG. The afternoon began with a session in which participants were split into small groups to debate controversial topics in international arbitration. This was a unique opportunity for intimate discussions with people from different regions on topics such as exceptions to the doctrine of functus officio, expedited proceedings, or dispositive motions in arbitration. The next session, entitled 'Friday Night Live', took a satirical look at issues in international arbitration through a series of comedy sketches that revealed the writing and acting talents of many young practitioners. The first day ended with a speech by David Huebner, who amused the house with his discussion of politics, arbitration and careers. 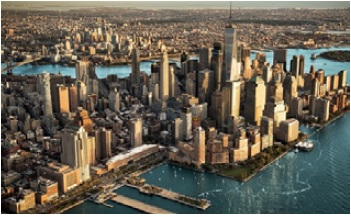 The second day of the Conference started with Anne Marie Whitesell interviewing George Bermann, which gave the audience an insight into the private life of an eminent actor in international arbitration. The next two sessions were devoted to financial aspects of arbitration. In the first, small working groups led by moderators from FTI Consulting engaged in interactive discussions on damages theories often used in arbitration. Third-party funding was the subject of the second session. The Conference ended with a closing speech by Eric A. Schwartz, in which he very appropriately underlined the importance of multiculturalism in international arbitration. This was a perfect note on which to end and look forward to what will hopefully be even wider participation in the Seventh Global Conference in 2019.