This day, in honor of Guillermo Aguilar, started with a speech by Cecilia Azar honoring Guillermo’s life, his personal and professional qualities, remembering how much he was loved and respected by his friends, family and colleagues, and particularly how much the arbitration community owes him.

This opening speech was followed by a presentation of Ana Serra e Moura, Deputy Secretary General of the ICC International Court of Arbitration, on the scope of the ICC new practices and policies in place since 2016.

Panel on the theory of damages

The panel summarized the different types of damages – civil and common law perspectives on compensatory and non-compensatory damages, direct and indirect damages, consequential and liquidated damages, punitive damages, commercial damages for contractual breach –, discussed the duty of mitigation of damages and its scope.

International arbitration is a result of the clash of two different legal cultures. In civil law, compensatory damages require the existence of a direct and immediate connection between the illegal conduct and the causation of damages. There is resistance to recognize less direct connection in some statutes. However, the new constitutional framework including international treaties is working against said constraints.

In common law, the approach to the theory of damages is more liberal. Both systems are currently converging and the gap between them is narrowing.

Quantum calculation in arbitration also varies from common law systems to civil law systems. If experts start to move towards more conservative approaches, like the civil law system, some speakers considered, this would strengthen the use of arbitration as a preferred method for dispute resolution. In any case, experts do their work and the arbitrators should do theirs.

In Mexico, although the concept of punitive damages was found in a Supreme Court decision, we are far from the concept under common law where those damages are available for all kinds of disputes. The Mexican precedent considered the obligation to grant a ‘fair indemnification’ and ‘social retribution’ to the victim, which may be considered as punitive in nature.

In arbitration, arbitrators have been reluctant to grant punitive damages. The existence of punitive damages may be a deterrent to illicit behaviors for individuals or for the Government, but the task of arbitrators is to resolve a given dispute – not to punish the parties.

Mitigation of damages appears very rarely in the Mexican legal system although it could be considered as arising from the good faith principle – applicable to all contracts under the Civil Code – and appears expressly in the Vienna Convention for the International Sales of Goods (which is part of Mexican law) and in Mexican insurance law.

Panel on quantification and reparation of damages in international arbitration

This panel discussed of the use of expert witness for determining damages in international arbitration, methods of damages quantification and reparation, and the difference between loss of profits and loss of opportunity. There is a need for reliable experts to appear before the arbitral tribunal and explain, in accessible terms, the existence of damages, their causation and quantum.

The expert is understood as being a type of translator to the tribunal for technical aspects which are beyond the arbitrators’ knowledge. Market projections and the ‘forward curve’ should be taken in consideration. Businesses have uncertainties and risks are subject to quantification. The appraisal of the assets is also sometimes conducted by the expert. The expert should also know the legal mainframe to help the attorney prepare its pleading.

The discounted cash flow method is one of the approaches that are the most frequently used by experts. The fair market value is also well known, so are the average capital cost and the modified cash flow. There is also a differentiation between abstract valuation and concrete valuation.

The panel stressed on the convenience of having credible experts, as a result of their credentials, their independence and objectivity. Credibility is the most important added value for experts. Experts should not be rewarded for the outcome of the arbitration. 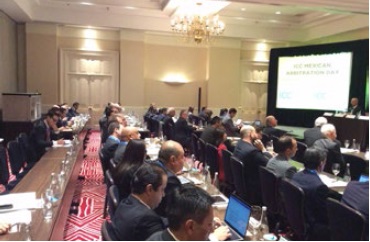 Panel on damages in investment arbitration

This panel commented on theories and methods for the assessment of damages in investor-state arbitration as well as the nature of investment as being a determining factor for the quantification method to apply. The panel referred to recent cases such as the Murphy Exploration v. Ecuador case regarding assets and liabilities, Exxon v. Venezuela, Occidental Petroleum v. Ecuador regarding the transfer of assets without state authorization), and Yukos on the abuse of double taxation treaties.

It was established that there are similar methods for damages’ calculation and quantification in commercial arbitration and investment arbitration. The increasing criticism against the ‘anchoring effect’ was mentioned as well as the existence of partisan experts and its unfavorable outcome against the party presenting them.

The change of value of money in time must be taken into consideration; the assets should be appraised at replacement cost; the price considered should be the one negotiated by parties in an open market.

It is advisable to use expert reports that follow different methods of calculation in order to confront and verify the results. If a business plan is available, it should be considered by the expert, as this is the less speculative method for damages quantification.

Finally, the panel reflected on how the nature of the investment could affect the quantification of damages.

Members of the panel

In this roundtable, experienced professionals in international arbitration shared their opinions and expertise on the specificities and distinctive elements that should be taken into account when assessing and quantifying damages in different industries.