Hardship and Force Majeure in International Commercial Contracts: Dealing with Unforeseen Events in a Changing World 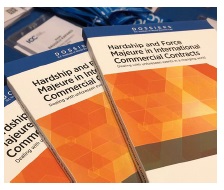 The evolution of the rules on hardship

Professor Marcel Fontaine (Professor Emeritus, Université Catholique de Louvain, Belgium; ICC Institute member) began with a presentation on the evolution of the rules of hardship. He traced the evolution of hardship clauses starting from their ‘discovery’ in 1976 by the Working Group on International Contracts, a group of academics and corporate counsel meeting at the University of Liège, in Belgium, to the regulation of hardship at the international level, as evidenced by the inclusion of hardship clauses in international harmonization instruments like the CISG, the Unidroit Principles, and the OHADA Draft Uniform Act on Contracts. He then turned to the regulation of hardship in domestic legislation, which he illustrated by describing how many Central and European countries have reformed their contractual obligation regimes to provide for provisions on change of circumstances in the aftermath of the political changes of 1989.

This second panel was comprised of a group of senior in-house counsel from major international companies with experience of contract adaptation in cases of hardship: Delphine Jaquemont (Projects, Infrastructure, Energy Lawyer, France), Pietro Galizzi (Head of Legal and Regulatory Affairs, ENI Gas e Luce, S.p.A, Italy) and Abhijit Mukhopadhyay (President (Legal) and General Counsel, Hinduja Group, United Kingdom). They each offered their perspective on whether and to what extent they consider it acceptable or appropriate to have a court or an arbitral tribunal adapt the conditions of a contract in situations of hardship, and all agreed on the importance of ensuring that the decision-maker understands the underlying project, in particular the specificity of long-term agreements. Pietro Galizzi also highlighted the importance of adopting an approach in line with the current international focus on corporate social responsibility.

The adaptation of international contracts by arbitrators

Rules on force majeure as illustrated in recent case law

Christoph Brunner (Partner, Peters & Partners International, Switzerland) gave an overview of the most relevant arbitral awards and domestic cases addressing the different aspects of force majeure events. He noted that in the context of international commercial contracts, force majeure events are more often than not regulated by the terms of a contractual clause, leaving little room for the corresponding domestic doctrines of force majeure to apply. He also noted that despite the application of different underlying domestic laws, arbitral practice reveals a rather uniform approach to the interpretation and application of force majeure clauses, in line with the general contract principles as reflected for instance in the CISG and the UNIDROIT principles,2 which, despite some differences in the drafting generally cover the ground covered in common law systems by the doctrines of frustration and impossibility of performance and in civil law systems by the doctrine of force majeure.

Dominique Brown-Berset (Partner, Brown & Page, Switzerland) and David Brown (Partner, Clyde & Co, France) started the afternoon session by looking at the challenges that drafting force majeure clauses may present. Taking a comparative approach, they explained the difference between civil law and common law traditions and how the doctrine of force majeure manifests itself in the drafting of such clauses; with civil lawyers insisting on the inclusion of a general definition of force majeure and common lawyers inclined to include listed events. On the topic of contractual drafting, Dominique Brown-Berset stressed the importance of using standard clauses when incorporating force majeure clauses into contracts. David Brown stressed the need for parties to contracts governed by English law to expressly provide for force majeure clauses in their contracts, since there is no general theory of force majeure under English law. 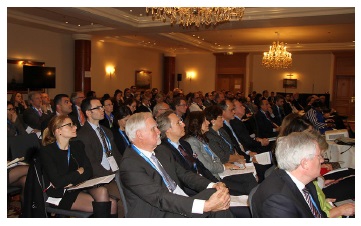 Ramy Bassily (Counsel, Kosheri, Rashed & Riad, France) sought to identify common trends in how Middle Eastern and North African countries interpret and apply force majeure and hardship clauses, with particular reference to the Egyptian Civil Code, which inspired the laws of a number of countries in the region. Dr Emilia Onyema (Reader in International Commercial Law, SOAS University of London) undertook a similar exercise for African states. She drew attention to the diversity of the 54 countries located in Africa, and stressed the impact colonial times, specifically the legal tradition of the colonizing states, had on the development of the doctrines of force majeure and hardship in each country.

Professor Filip de Ly (Erasmus School of Law, Erasmus University Rotterdam; ICC Institute Council member), a member of the task force that drafted the ICC 2003 Force Majeure Clause, then analyzed the main aspects of the model clause. He explained its structure (a mix between the common law list approach and the civil law open-ended approach), the general standard it enunciates (impediment beyond control, unforeseeability, unavoidability and reasonableness), as well as the effects of a force majeure event (temporary exemption from liability and not contract termination).3

Professor Ercüment Erdem (Partner, Erderm & Erdem, Turkey; ICC Institute Council member) reported on the current status of the work of the ICC Commission on Commercial Law and Practice, which has been tasked with revising the ICC force majeure and hardship clauses. He explained that while the initial purpose of the Commission was to draft shorter and simplified versions of the clauses, the revised clauses will come with some novelties. The changes to the force majeure clause are mainly structural, with the substance remaining largely unchanged, save for the addition of a separate paragraph on the notice requirement, and the possibility to terminate the contract if the impediment exceeds 120 days. Fundamental changes were however made to the new hardship clause, which now includes an option for adaptation or termination by a judge or arbitrator. The new clauses should be published in fall 2019. 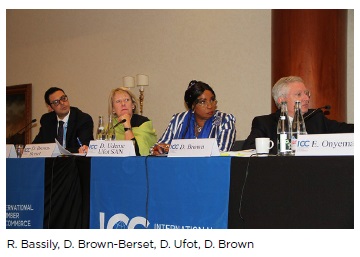 Force majeure clauses and their relationship with the applicable law, general principles of law and trade usages

Moving away from the ICC model clauses, Professor Klaus Peter Berger (Center for Transnational Law, University of Koln, Germany; ICC Institute Council member) looked at the complicated relationship between force majeure clauses, the applicable law, general principles of law and trade usages. He examined three ICC arbitral awards4 in which the tribunals considered the issue in more detail and concluded that while the trend is that while arbitrators are generally mindful of the significance of contractual force majeure clauses, parties wishing to insulate their contractual force majeure regime from the uncertain influences of the applicable law should make express stipulations to that effect in their contract.

1
For sponsor opportunities of the event, please visit https://iccwbo.org/about-us/partnerships/arbitration/icc-event-sponsorship-opportunity-icc-annual-meeting-institute-world-business-law-paris /.