Every year, the ICC International Court of Arbitration, the Institute for Transnational Arbitration (ITA) and the Institute for Energy Law (IEL) of the Centre for American and International Law hold their annual review of the year past and the year ahead in the arbitration of international disputes in the energy industry. Catherine Bratic (Senior Associate, Hogan Lovells LLP, Houston), Andrea Cohen (Associate, Vinson & Elkins LLP, Houston) and Lisa Ann Johnson (Associate, Covington & Burling, Washington) report on the event. Save the date for next year’s Joint Conference on 23-24 January 2020
(https://iccwbo.org/event/7th-ita-iel-icc-joint-conference-on-international-energy-arbitration/).

In this first panel discussion, moderated by Floriane Lavaud (Debevoise & Plimpton in New York), Tomas Vail (Associate, White & Case LLP, London) addressed how recent arbitral awards against Russia have fared in post-award challenges. He emphasized that investors should pay particular attention to the exact wording of BITs, as such language had been crucial to the outcome of recent annulment cases.

Laura Hardin (Managing Director of Alvarez & Marsal Holdings LLC, Houston) then gave an overview of the damages assessment performed by the tribunal in the Yukos Universal Limited (Isle of Man) v. The Russian Federation case (PCA Case No. AA 227). She described how the Tribunal had departed from the damages models put forward by the parties and had independently calculated damages based on new assumptions not adopted by the parties in their pleadings. The panelists agreed that to reduce the risks of an award that departs significantly from the parties’ reasoning, parties and their counsel should consider putting forward alternate damages calculations that give the tribunal flexibility in altering assumptions to arrive at different damages outcomes.

In closing, the panelists noted that Russia’s annexation of Crimea would continue to have impacts in future investment arbitrations, and would raise issues regarding the definition of ‘territory’ used in many BITs, as well as the criteria for attributing responsibility under case law regarding sovereignty and control.1

The second panel, moderated by Krystal Pfluger Scott (Partner, Jones Walker LLP, Houston) addressed the use of technology in international arbitration from the perspectives of in-house counsel, arbitrators, and outside counsel.

Stephanie Cohen (Independent arbitrator, New York) described the arbitrator’s perspective on the use of technology in international arbitration. She outlined the different cultural approaches to document production, as well as how arbitrators can shape the procedure by addressing scope, e-discovery, and cybersecurity issues at the outset.

The panel also addressed the European Union’s General Data Protection Regulation (GDPR), describing the scope of application of the new rules and the ways that they would impact arbitration proceedings, such as by forcing employers to obtain consent from employees whose data might be disclosed in arbitration proceedings and in adding an additional set of legal obligations to be weighed by tribunals when deciding whether to order document production. The panelists agreed that conversations around data privacy and cyber security would become increasingly common in arbitration and that young lawyers should familiarize themselves with these concepts. 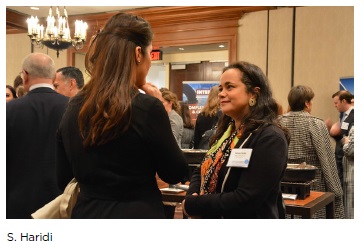 Mr Clarke framed the initial question as: ’Is it that states don’t want investor state dispute settlement (ISDS), or do they just not want to be sued?’

The panelists noted concerns regarding the viability of the proposed European investment court. These concerns focused on the appointment of judges by states, which could introduce political issues into disputes, as well as the risk of inefficiencies due to the unavailability of experienced international arbitrators. In the future, the panelists expect to see a return to more investment protections based on contracts. Many panelists agreed that the protections ISDS provides for small- and medium-sized enterprises would be unavailable through contracts, as these smaller investors are often unable to secure the same contractual representations that large investors may be able to achieve. Panelists agreed this would lead to a potential loss of investment that could go unnoticed by states if practitioners do not speak up about this issue.

To conclude, the panelists noted how poorly the arbitration community has engaged in the broader discussion with States on the future of dispute settlement. They urged the community to engage in the dialogue and demonstrate that legitimate concerns are being heard. Some panelists suggested that bringing more diversity into the ISDS system would take the air out of some of the criticisms.

Climate considerations in energy disputes:  Is the paradigm about to shift?

Moderator and conference co-chair Allan B. Moore emphasized the pace, thoroughness, and radical nature of the transition in the energy economy in response to climate considerations, and quoted statements by BP, ExxonMobil, and Shell to demonstrate that the transition is now being driven by industry, as well as policy makers. He proposed these changes may lead to a ’brave new world’ where climate issues are no longer a specialty but rather central to the practice of international energy arbitration.

Mr Moore observed that the pace of change in the energy economy indicates that these climate issues may begin to arise in more commercial arrangements, with climate provisions and climate aspects that will carry over into disputes Wendy Miles QC (Partner, Debevoise & Plimpton, London) agreed that climate change issues arising out of climate-related investment and transition are being commercialized and noted that stakeholders are looking for certainty. Although the Paris Agreement is public international law and corporations have no commitments under it, she noted that the way States will meet their pledges is through regulation.

The panelists stressed that this is a system in transition, which will result in a new body of investments Disputes will arise as states impose regulations and operating conditions change with the climate. The question of how these changes will impact long-term stabilization agreements is a challenge that all stakeholders will have to address as they work toward the common goal of lowering carbon emissions.

Allan B. Moore noted that regardless of any personal feelings about the goals of the Paris Agreement or the Intergovernmental Panel on Climate Change (IPCC) report, it is where the industry is heading, and the arbitration community, as service providers, will need to tackle these issues as a matter of client and consumer concern. The panel briefly explored how the goals will be achieved. While the explosion of climate issues in day-to-day dispute resolution has not yet begun, the panelists unanimously agreed that it was on the horizon and will likely include revisions to dispute resolution and force majeure clauses. Mr Moore concluded the panel by reiterating the pace of change and noted that this is just the beginning of a wave of commercialized climate considerations and disputes.

Quoting the author William Butler Yeats throughout his presentation, Patrick Pearsall (Partner at Jenner & Block, Professor at Georgetown University) described 2018 as a year of paradigmatic changes, and one that has seen occasional sinister uncertainty. He discussed several updates, including new trade agreements, the relationship between the ECT and EU law, and non-treaty based energy arbitration, but said that the ECJ’s decision in Achmea was the most consequential event to the practice of international law in the energy industry. Ending with a call to arms, Mr Pearsall said that 2019 is the year to fashion a future for international arbitration and asked practitioners to insert themselves in the debate and defend a dispute resolution system that does not merely advance nationalism but ultimately ‘brings good into the world’.

Trendlines in energy disputes: What is next?

The last panel was moderated by Samaa Haridi, one of the conference co-chairs. Constantine Partasides QC (Partner at Three Crowns in London) began the panel by discussing the trend towards the contractualization of investment-treaty arbitration, which he thinks will lead to a resurgence in stabilization provisions in contracts, the application of customary international law to contract disputes, and reverse-attribution of state-owned entities. 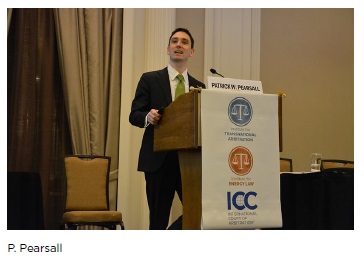 Turning to damages, Niuscha Bassiri (Partner at Hanotiau & van den Berg in Brussels) explained how global shifts towards renewable energy have led to more commercial arbitrations rather than investment arbitrations, which operate under different regimes in terms of applicable law (as renewable energy claims are often governed by contract rather than by investment treaties) and damages (with consequential damages often limited by contract).

Jung Lee (Director, Legal Services, Corporate & Compliance, Encana Corporation, Canada), speaking from the perspective of in-house counsel, anticipates that some issues will continue to keep counsel up at night, including increasingly creative solutions to dismantling energy joint ventures that were planned in different economic circumstances and are no longer viable, as well as responding to and defending environmental litigation. However, she believes that the flexibility of arbitration proceedings will allow parties and arbitrators to adapt their dispute resolution provisions to respond to these new pressures.

In closing the panel, Julie Bédard (Partner at Skadden, Arps, Slate, Meagher & Flom LLP, New York and Sao Paulo) highlighted a worrisome trend in arbitration consisting of efforts to enforce arbitral awards against group companies that are not signatories to the Agreement, which she believes can cause disruption and uncertainty in the typical arbitration process.

Samaa Haridi closed the conference observing that the panelists discussed dramatic recent changes in the world of energy arbitration, from climate change disputes to the ‘Achmea earthquake’. Although the rhetoric was pessimistic at times, she noted that the panelists ultimately demonstrated that arbitration is capable of rising to meet its challenges and focused on the hopes for the future. As several panelists concluded, arbitration is here to stay. Echoing Allan B. Moore’s statements, Ms Haridi agreed that the best thing we can do in the face of criticism is participate.