‘Opening up’ awards in international arbitration

The ICC Institute of World Business Law and the School of International Arbitration of Queen Mary University held their annual joint symposium of arbitrators on the issue of revision of international arbitral awards in different jurisdictions. The program included reflections on the grounds for revision, the competent forum and the extent of revision. Kamal Sefrioui (Partner, Cabinet Sefrioui, Paris) reports on the learnings of the day.

Grounds for revising an award: new facts, evidence or law

Revision is ‘a compromise between, on the one hand, legal certainty at the level of the validity of decision, and, on the other hand, the justice involved in not preserving a judgment which is fundamentally flawed’ said Joachim Knoll (Partner, Lalive, Geneva), referring to the landmark Perrodo judgment of the Federal Supreme Court which, back in 1992, had opened a path to the revision of arbitral awards in Switzerland, in circumstances where it turned out ’that the findings of fact were wrong and that the knowledge of the true facts would have led to a different legal assessment’ by the arbitral tribunal.1

In line with this philosophy, the morning discussions revealed some convergences between a number of jurisdictions allowing revision based on newly discovered facts or evidence, although ensuring legal security through criteria of decisiveness, due diligence, and time-limits. Mr Knoll explained that, according to the case law of the Swiss Federal Court, revision should only be available where the newly discovered facts are ‘capable of entailing a change in the factual background of the decision’, and provided that their late discovery was not caused by an ‘inexcusable lack of curiosity’ of the applicant. Christophe Seraglini (Partner, Betto Seraglini, Paris) noticed requirements to a comparable effect (decisiveness, absence of fault of the applicant) in Article 595 of the French Code of Civil Procedure (CCP), on condition however, that the newly discovered evidence had been withheld by another party.2 Benjamin Siino (Counsel, Shearman & Sterling, Paris) and Isabelle Michou (Partner, Quinn Emanuel Urquhart & Sullivan LLP, Paris) highlighted the rigorous construction of Article 50 of the ICSID Arbitration Rules and Article 61 of the Statute of the ICJ, through examples of dismissals in situations where the applicant failed to demonstrate with precision how the new elements could have changed the initial decision,3 or refrained from actively investigating such elements during the first trial.4 In light of the resounding decision rendered by the CJEU in Slovak Republic v. Achmea BV and its presumable retroactivity, Ms Michou also analyzed a number of recent ICSID decisions addressing the predominantly legal nature of a change in case law, which accordingly may not qualify as a new fact opening the way for revision.5 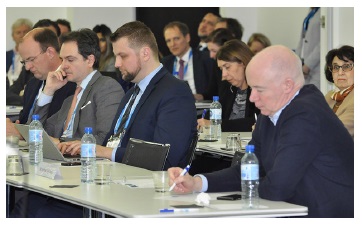 On the other hand, Professor Janet Walker (Osgoode Hall Law School, Toronto) explained that in common law the rule of estoppel by judgment would generally preclude the subsequent introduction of fresh evidence merely challenging the facts already debated and adjudicated upon during the first trial. Depending on jurisdictions, revision may only be sought on specific grounds, such as the discovery of new evidence of an extraneous fraud (Ontario Court of Appeal),6 or the finding of serious irregularities causing a substantial injustice (Section 68 of the English Arbitration Act). Sherina Petit (Partner, Norton Rose Fulbright, London) summarized that English law does not so much aim at correcting the factual errors of arbitral tribunals, as sanctioning the injustices produced by irregularities in the arbitral process: opening up the award would here reflect a different and probably broader philosophy than the strict adjustment of the judicial truth to the new facts or evidence.

Common law and civil law appeared to share more similar views in respect of procedural fraud, unanimously seen as calling for a reconsideration of the award.

Louis Flannery QC (Partner, Stephenson Hardwood, London) explained that the concept of fraud, as one of the serious irregularities mentioned in Section 68 of the English Arbitration Act, is such as to encompass a variety of acts committed deliberately or at least recklessly7 by one party in order to engender deception on the arbitral tribunal (e.g. bribing a witness to lie, colluding with members of the tribunal, forging or suppressing of documents). Using several examples from case law, Mr Flannery explained that challenges based on allegations of fraud are however subject to a quite stringent standard of proof, particularly as regards the intentionality of the fraud and its decisiveness.8 Quoting Hoffmann LJ, Audley Sheppard QC (Partner, Clifford Chance, London) explained that, without totally discarding the applicable balance of probabilities, the exceptional nature of fraud is perceived as a reason for heightening the cogency of the evidence required to establish its occurrence.9 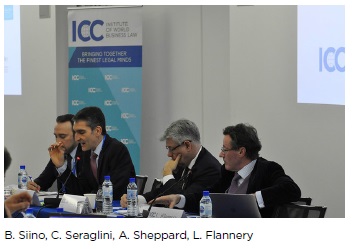 Referring to Matthieu de Boisséson’s typology of frauds pertaining to arbitration,10 C. Seraglini stated that the French similarly see the remedy of revision as being relevant to frauds committed in the arbitration in order to deceive the arbitral tribunal. Accordingly, Article 595 of the French CCP provides for revision upon the subsequent finding that the award was ‘surprised’ by the fraud of the party in favor of which it was rendered – or at least in collusion with that party, should the fraud come from a third party11 or an arbitrator12 – or that the award was based on forged documents or false testimonies. C. Seraglini also noticed that, although the characterization of fraud may interplay with other grounds of revision (e.g. the intentional element may result from the discovery of evidence which had been withheld by another party), a relatively high threshold of proof is always required in respect of such allegations.

Revision of awards and competent forum

Denis Bensaude (Principal, Bensaude, Paris) explained how actions for revision are directly brought before arbitral tribunals in France, and recalled the historical background when in 1992, to make up for the absence of path for the revision of international awards, the Court of Cassation allowed an exceptional retractation in case of fraud ‘when the arbitral tribunal remains constituted (or may be reconstituted)’.13 The philosophy of this judge-made remedy, created alongside the ordinary action to set aside awards before the national courts, was preserved when France revised its framework for arbitration in 2011 and enacted the currently applicable Article 1502 CCP.14 As a consequence of its autonomy, an action for revision could therefore virtually be raised concurrently with an action to set aside.15

Sherina Petit highlighted that, on the contrary, revision is not available as a stand-alone action in England, where Section 68 of the Arbitration Act provides for a general challenge upon which the national courts may elect to set aside the award, to declare it ineffective or to remit it to the arbitral tribunal for reconsideration. Jacob Grierson (Partner, McDermott Will & Emery, Paris) added that remission to the arbitral tribunal is the default remedy under Section 68, unless the circumstances would make it inappropriate. Janet Grierson commented in that respect on the Raytheon II case,16 where a challenge to the award – on the basis of the tribunal’s failure to deal with all the issues put to it – was accepted, but the award not remitted to the arbitral tribunal. Akenhead J considered that it would have been ‘invidious and embarrassing’ for the arbitral tribunal, on remission, ‘to be required to try to free itself of all previous ideas and to re-determine the same issues’.

Although the power of the court to decide, on its own motion, the re-examination of the case by a fresh arbitral tribunal pursuant to Section 68 seemed to spark debate among the audience, the decision in the Raytheon II case pointed out a crucial issue: is the initial arbitral tribunal always the most appropriate forum for revision? While remission to the initial tribunal is indeed suitable to the consensualism of arbitration and offers the advantage of resorting to the people having the best acquaintance with the case, said J. Walker, it remains difficult to assess the risk of arbitrators not in fact reconsidering the case but simply being inclined to uphold their previous determinations, said Antonio Rigozzi (Partner, Lévy Kaufmann-Kohler, Geneva). Mr Rigozzi, however, pointed out that when remission is decided by a supervisory court, arbitral tribunals would certainly, without being bound by it, take into serious consideration the critical position adopted by such court in respect of the award.

Types of arbitral awards and extent of revision

The discussions also covered detailed developments on the types of awards subject to revision and the specificity of interlocutory awards and ICSID decisions, respectively addressed by Professor Stefan Kröll (Professor and Independent Arbitrator, Germany) and Carmen Nunez-Lagos. Some more uncertain sides of revision were also debated, such as the circumstances in which the reconstitution of the initial tribunal would be impossible (e.g. stay of parallel or enforcement proceedings during the process of revision), or the question of the waiver of revision by the parties raised by Antonias Dimolitsa. 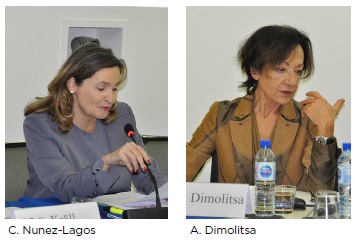 Finally, all speakers confirmed the scarceness of successful applications for revision in their jurisdictions. Sherina Petit noted that the statistics in England reflected the very non-interventionist policy of the national courts towards arbitration. Isabelle Michou highlighted the very specific nature of revision, as inherently exceptional and case-based, and the fact that ICSID statistics may also be affected by a high rate of settlements.

Janet Walker however suggested that the increasing transparency of arbitration may lead to new trends in favor of harmonisation and a broader acceptance of revision; an excessive threshold could indeed result in a disbelief of the public towards arbitration, especially in circumstances where it would prevent the reconsideration of flawed awards. Such concern seemed to echo Joachim Knoll’s opening remark that revision is fundamentally the reflection of a balance between the concepts of truth and judicial truth. Professor George A. Bermann (Director for the Center for International Commercial and Investment Arbitration, Columbia Law School) concluded by marking his appreciation to see the dynamics at work in many European jurisdictions whereas the issue of revision currently knows little progress in the United States.17

Professor Stavros Brekoulakis (Queen Mary University of London) had the final word, noticing that the 34th Joint Symposium remained true to the intention of its founders, Professor Julian D.M. Lew and Pierre Lalive, in bringing together practitioners from both civil and common law and forging common understanding between these legal traditions. The 35th edition will be held in London in 2020. 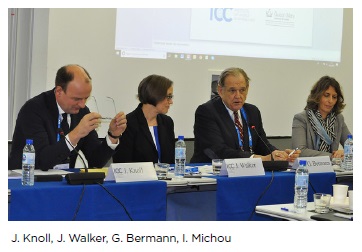 2
Article 595 applies to the revision of both court judgments and arbitral awards, in accordance with Article 1502 CCP.

4
Continental shelf (Tunisia v. Libyan Arab Jamahiriya), ICJ, 10 Dec. 1985, on the application for revision and interpretation of the judgment of 24 Feb. 1982.

5
Edenred SA v. Hungary, ICSID n°ARB-13/21, Decision on revision, 7 Feb. 2019: inadmissibility of the request for revision on the ground of the legal nature of the Achmea ruling; see also a slightly different approach of the Achmea ruling in Gavrilovic & Gavrilovic d.o.o. v. Republic of Croatia, ICSID n°ARB-12-39, Decision on the Respondent’s request of 4 April 2018, 30 April 2018.

8
L. Flannery cited Chantiers de l’Atlantique SA v. Gaztransport & Technigaz SAS [2011] EWHC 3383 (Comm), in which Flaux J examined the consequences of the fraudulent concealment of laboratory test results. Flaux J concluded that the set-aside application had to be refused as the claimant was unable to establish that disclosure of the true position would have had an important influence on or would probably have affected the result of the arbitration, since the tribunal had concluded that even if the fraud had not occurred, the defendant would still not liable under French law [310-311].

12
Société Groupe Bernard Tapie et autres c. Société CDR créances, Cass. Civ. 1, 30 June 2016, n° 15-13755, 15-13904, 15-14145, sanctioning the concealment (willful misrepresentation) by one arbitrator of the longstanding relations nurtured with one of the parties, for the purpose of favoring it in the arbitration.

17
Professor Bermann noted that revision in the U.S. remains essentially governed by the provisions of the Federal Arbitration Act of 1925.