Ndanga Kamau (Vice-President, ICC International Court of Arbitration; Founder, Ndanga Kamau Law, Kenya & Netherlands) reports on the ICC’s African annual conference on the latest developments in the region, such as the recently implemented AfCFTA, damages in construction disputes which are of increasing relevance on the continent, blockchain and legal technology, arbitration in the banking and finance sector, and diversity. The next edition of the ICC Africa Conference will take place in Lagos on 3-4 June 2020 (www.iccwbo.org/ICCAFRICA).

The speakers noted the growth of international arbitration in Nigeria in the last few years and highlighted the aptness of the conference theme at time when Africa is becoming increasingly recognised as an attractive destination for investments. An increase in investments and transactions in Africa means a greater need for efficient and cost-effective mechanisms for dispute resolution. ICC is well-positioned to provide these services.

The ICC Court highlighted the developments in the past year, including setting up the ICC Africa Commission,1 which is composed of 24 members from 14 African countries and ICC reiterated its commitment to helping business work in Africa, as part of its Centenary campaigns.

The session focused on ICC’s Centenary celebrations taking place around the world. ICC introduced its five Centenary campaigns – ‘make trade work for people and planet’, ‘make action for climate change everyone’s business’, ‘make technology work for all’, ‘stop the rise in global inequality’, and ‘lead for the long term’ – which support the ICC’s strategic vision to enable business to contribute to peace and prosperity for all. ICC is committed to supporting business in Africa and is working with stakeholders across the continent to realise its strategic vision.

The session addressed one of the campaigns – ‘stop the rise in global inequality’ – and the panellists discussed how effective alternative dispute resolution mechanisms, such as international arbitration, could support growth and reduce inequality in Africa. To this end, the ICC Court shared the ways in which it is working to develop international arbitration in Africa, through training arbitrators and supporting judges under the auspices of the recently established ICC Africa Commission. Further, the ICC Court reiterated its committed to diversity and inclusion. 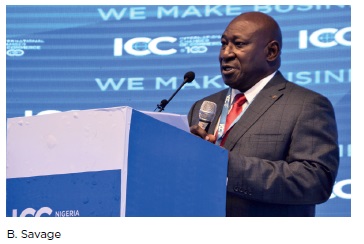 The panellists also discussed the challenges of developing effective dispute resolution mechanisms in Africa, and noted that the responsibility lay with all stakeholders – governments, judiciaries, lawyers, and arbitral institutions.

The session focused on the calculation of damages in construction arbitration, which is a subject of increasing importance across Africa, as the number of construction disputes increases. The panellists highlighted the challenges that lawyers face in working with numbers, which leads to the prioritisation of liability at the expense of damages. Clients focus on recovering damages, and it is important for counsel to present a strong consistent case on damages.

Parties may use quantum experts to assist in developing, calculating and presenting the parties’ cases on damages, which can assist the tribunals with their findings. Party experts can help narrow down the issues to be decided by the Tribunal by agreeing on some quantum issues, which saves time at the hearing. Experts may be appointed in different ways – each party appoints its own expert or parties jointly appoint an expert. The Tribunal may also wish to appoint its own expert in addition to the party experts. The party-appointed experts may work in a variety of ways including submitting a joint report, or hot-tubbing.

The panellists conclude that the calculation of damages in construction disputes is a critical element of the case, and counsel should use available mechanisms to ensure their client’s case for monetary compensation is made in the best way possible.

Dispute resolution under the AfCFTA: A new look at the Calvo doctrine 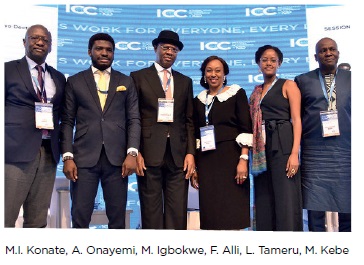 The discussion in this session focused on the African Continental Free Trade Agreement (AfCFTA), which came into force at the end of May 2019. The AfCFTA will provide a rule-based dispute settlement mechanism for the resolution of any disputes that may arise between State Parties in the application of the Agreement. The panel noted that the AfCFTA has great potential to help small and medium-sized businesses, as they are the ones that suffer most from existing tariff and non-tariff barriers.

While AfCFTA had been signed by most African countries, Nigeria – Africa’s largest economy - had not yet signed the Agreement at the time of the Conference, pending international discussions with the domestic business community. (At the time of publication, Nigeria had signed the AfCFTA.2)

African states agreed to negotiate the AfCFTA in two phases. Phase I of the negotiations, which focused on trade, contains a dispute resolution mechanism that is modelled after the WTO dispute resolution mechanism. In Phase II of the negotiations, states will negotiate an investment protocol, which will be closely watched, as in the current climate of discontent with ISDS there is a possibility that the investment protocol will not contain ISDS provisions – this would mark a return to the Calvo Doctrine and diplomatic espousal.

The panellists discussed the impact of blockchain and smart contracts on international arbitration in Africa. This topic is poignant in Africa, where policymakers are looking to technology to help African jurisdictions ‘catch up’ in alternative dispute resolution.

Legal technology is evolving quickly, and the future of legal services belongs to those who understand the law and technology. For example, in drafting and implementing smart contracts, lawyers must convey their client’s instructions to a coder/programmer, who must then turn these instructions into code. A legal professional who understands the opportunities and limitations of the code would be more effective at conveying instructions to the coder, and understanding the coder’s feedback.

Despite the perceived potential of legal technology, African legislators have been slow to take advantage of the opportunities offered by technology, such as blockchain. For these technologies to make an impact on the continent, legislators would have to lead by enacting laws, and service providers would follow by upgrading their services to include the technologies.

However, the panellists also noted that for all its rapid advances, legal technology has limitations. For example, it is not possible to code concepts such as ‘best endeavours’, so there will remain a role for legal professionals in the rapidly evolving world.

Arbitration of banking and financial disputes

The panellists reviewed the findings of the Report and noted that the use of international arbitration varied across financial institutions and often depended on factors such as i) ability to enforce an arbitral award under the New York Convention, ii) whether the transaction took place in an emerging market, and iii) whether the transactions were complex with specific expertise required. Panellists noted that the Taskforce recommended that arbitration procedures in financial services should be tailored to the needs of the specific case. This could be achieved by mechanism such as financial institutions developing internal policies on the use of arbitration and the drafting of clauses. 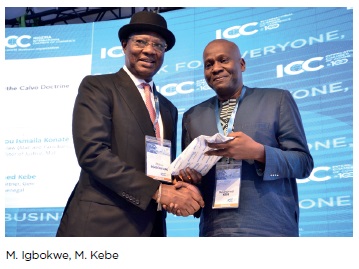 The panellists also addressed financial disputes in investment arbitration involving African states and referred to the Taskforce’s findings on investment arbitration, including the evolution of treaty provisions to protect investments in financial institutions and financial products as a means of attracting investment to developing countries. They also noted the Taskforce’s findings that there remained some uncertainty about whether financial instruments qualified as investments, but this uncertainty could be resolved in the current era of ISDS reform, during which state parties are renegotiating treaties.

Finally, the panellists discussed whether arbitration was suitable for complex commercial transactions involving, for example, fintech and bitcoins. The technology in financial transactions is evolving rapidly, and there is a lot of potential for disputes to arise, including instances where hundreds of claims may be made against a single technology provider. Arbitration may not always be the most suitable mechanism to resolve these disputes, and parties should carefully consider the implications of such complex transactions and opt for the mechanism which is best suited for their disputes.

Diversity and disqualification: Recent trends in domestic and international arbitration

The panel discussed diversity in domestic and international arbitration, and focused on the efforts to increase diversity and inclusion that are being led by arbitral institutions and other entities.

The panellists discussed the ICC’s efforts to increase diversity in all its forms, such as gender, age, and geography. These efforts have led to a transformation of the ICC Court - which has achieved gender parity - and change in the pool of arbitrators appointed to ICC disputes. The ICC Court now appoints more women, and more arbitrators from outside North America and Europe. ICC is also making use of initiatives such as the ICC Africa Commission, to help identify qualified practitioners across Africa, and therefore diversify its pool of arbitrators.

In the context of domestic arbitration, African institutions are spear-heading initiatives to include young practitioners in the arbitration pool. An example of such an initiative is the Lagos Court of Arbitration (‘LCA’) small claims mechanism, in which younger practitioners are appointed as arbitrators in low-value cases. This initiative gives the LCA an opportunity to identify talented young arbitrators, who are then invited to join the institution’s panel of arbitrators.

The panellists also noted that African parties can participate in the inclusion of African arbitrators by appointing African arbitrators in their disputes. This would give African practitioners an opportunity to showcase their abilities. The panellists also noted that when African practitioners are appointed to cases, they should conduct themselves with the utmost integrity, and ensure they are free of allegations of corruption and other misconduct.

The panellists concluded that while a lot had already been done to promote diversity and inclusion, much remained to be done, and it was important for all stakeholders to participate in the process. 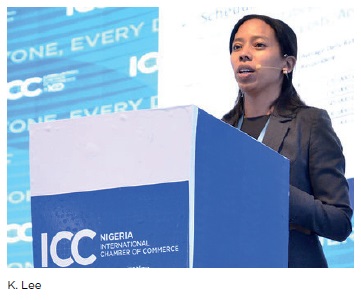 The debate centred on the role of the judiciary in African jurisdictions in the arbitral process. Citing examples, the proposition argued that the judiciary in African jurisdictions did not have a good track record of supporting international arbitration. In response, the opposition argued that the judiciary could only operate within the confines of the laws available, and that there was a need to train judges on international arbitration across the continent. 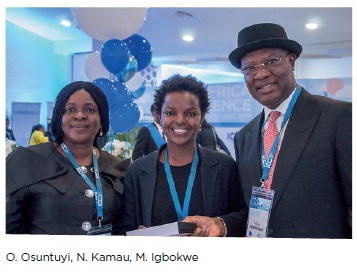 This debate focussed on the impact of the establishment of new international arbitration centres in African jurisdictions over the last few years. In favour of the motion, it was argued that the existence of more than 70 institutions inhibits the development of arbitration because it strains resources and disperses expertise. The opposition argued that given the diversity of the African continent, there was a need for multiple institutions across the continent that specialised in the needs of the local users.

The final debate was aimed at the perception that fear of investment claims leads states to decline to enact laws, which inhibits the development of the rule of law. The proposition argued that there was a real threat to the rule of law because states would not enact important legislation on matters such as labour, the environment, and human rights, for fear of being sued by investors. The opposition argued that investment arbitration did not pose a threat to the rule of law, and instead promoted the rule of law in developing countries because states had to honour their obligations as contained in their treaties.

2
See https://au.int/en/ti. See also the recent speech by the AU (African Union) Commissioner at the 12th Extraordinary Summit to launch the operational phase of AfCFTA (7 July 2019), available at https://au.int/en/speeches/20190707/statement-he-moussa-faki-mahamat-au-commission-chairperson-delivered-12th-extra.

3
The Report and Supplementary Materials are available at https://iccwbo.org/dispute-resolution-services/commission-on-arbitration-and-adr/.