What are the Incoterms® rules?

The Incoterms® rules are standard 'trade terms' used in international and domestic sale contracts to allocate certain costs and risks between the seller and the buyer. The best-known and most widely used of the 11 Incoterms® rules are FOB and CIF (sometimes also spelled f.o.b. or c.i.f.), but several other rules are very common as well.

By referring to an Incoterms® rule in the sale contract or export quote, the exporter and importer have a short-hand way of choosing from among a set of 11 different alternatives as to: 1) who must pay for transport, 2) who must bear the risks of loss of or damage to the goods during transport, and 3) who is responsible for customs formalities and duties upon export and import. Two particular Incoterms® rules (CIF and CIP) in addition place a specific requirement on the seller to obtain at least minimum insurance coverage for the goods.

In essence, the Incoterms® rules are a way of letting the buyer know what is 'included' in the sales price. By choosing an Incoterms® rule, the parties allocate transport costs and risks, as well as the responsibility for insurance and customs formalities, between seller and buyer.

Grouping of obligations under 10 headings

There are 11 Incoterms® rules in the current version of the rules known as 'Incoterms® 2010' (ICC Publication No. 715) – 7 rules that may be used for any mode or a combination of different modes of transport (frequently known as 'multimodal' transport), and 4 rules that may be used only for sea and inland waterway transport (frequently known as 'maritime' transport). Within each of these two categories, the Incoterms® 2010 rules can be thought of as representing a stepladder of increasing responsibility from seller's premises to buyer's premises. Thus, in the rules for use with any mode or modes of transport, the Incoterms® rule that represents the minimum responsibility for the seller is EXW (Ex Works), which is generally used in cases involving delivery at the seller's factory or warehouse. At the other extreme, the Incoterms® rule DDP (Delivered Duty Paid) represents maximum responsibility on the part of the seller, with delivery generally at the buyer's premises.

A buyer on EXW terms knows that nothing 'extra' (in terms of transport, customs clearance or insurance) is included in the sales price – the buyer must handle the entire transport operation itself. A buyer on DDP terms ('Delivered Duty Paid') knows that the quoted price includes all transport costs, risks and formalities up to the final destination. Between these two extremes, there are nine other Incoterms® rules, representing a range of options for the division of costs/risks between the parties. Please note, though, that there are potentially insurmountable practical difficulties involved in using either EXW or DDP – parties should proceed with open eyes when using these, and are well advised to read the Guidance Notes to both EXW and DDP at pages 15 and 20, respectively.

Where does the word 'Incoterms' come from?

ICC derived the word 'Incoterms' from 'International Commercial Terms'. ICC prefers to refer to the Incoterms® rules as 'rules' or 'trade terms', in recognition of the fact that they have multiple functions. People sometimes refer to Incoterms® rules such as FOB or CIF as 'shipping terms', 'delivery terms' or 'payment terms', all of which are much less satisfactory than 'trade terms' because they do not communicate the range of obligations covered by the Incoterms® rules: the Incoterms® rules cover not only transport, but also risk, minimum insurance coverage, packaging, customs obligations, etc. Note also that even though the first part of the word 'Incoterms' comes from a reference to the word 'international', the rules are equally applicable to domestic or intra-bloc trading, or customs union contracts.

Why is a particular year mentioned, such as 'Incoterms® 2010'?

Parties to a contract of sale are well advised to make reference to a particular version of the Incoterms® rules in their contracts, to avoid confusion if a dispute arises. If, for example, a contract were signed in 2009 mentioning simply 'Incoterms' and a dispute regarding the contract arose in 2011, a judge or arbitrator would have to decide whether the version of the rules applicable at the time of signing the contract – Incoterms 2000 – or the version in force when the dispute arose – Incoterms® 2010 – should be applied. Parties may choose any version of the Incoterms® rules they like (though they are advised to use the current version, which best reflects the current trading environment); the most important thing is that they specify clearly in the contract which version they intend to apply. 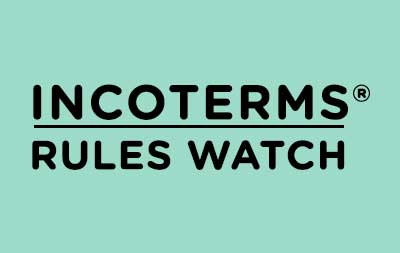 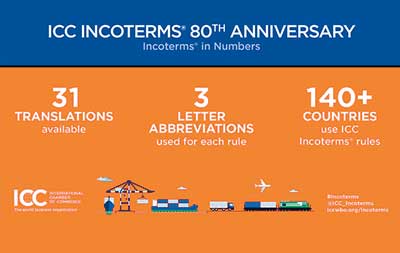 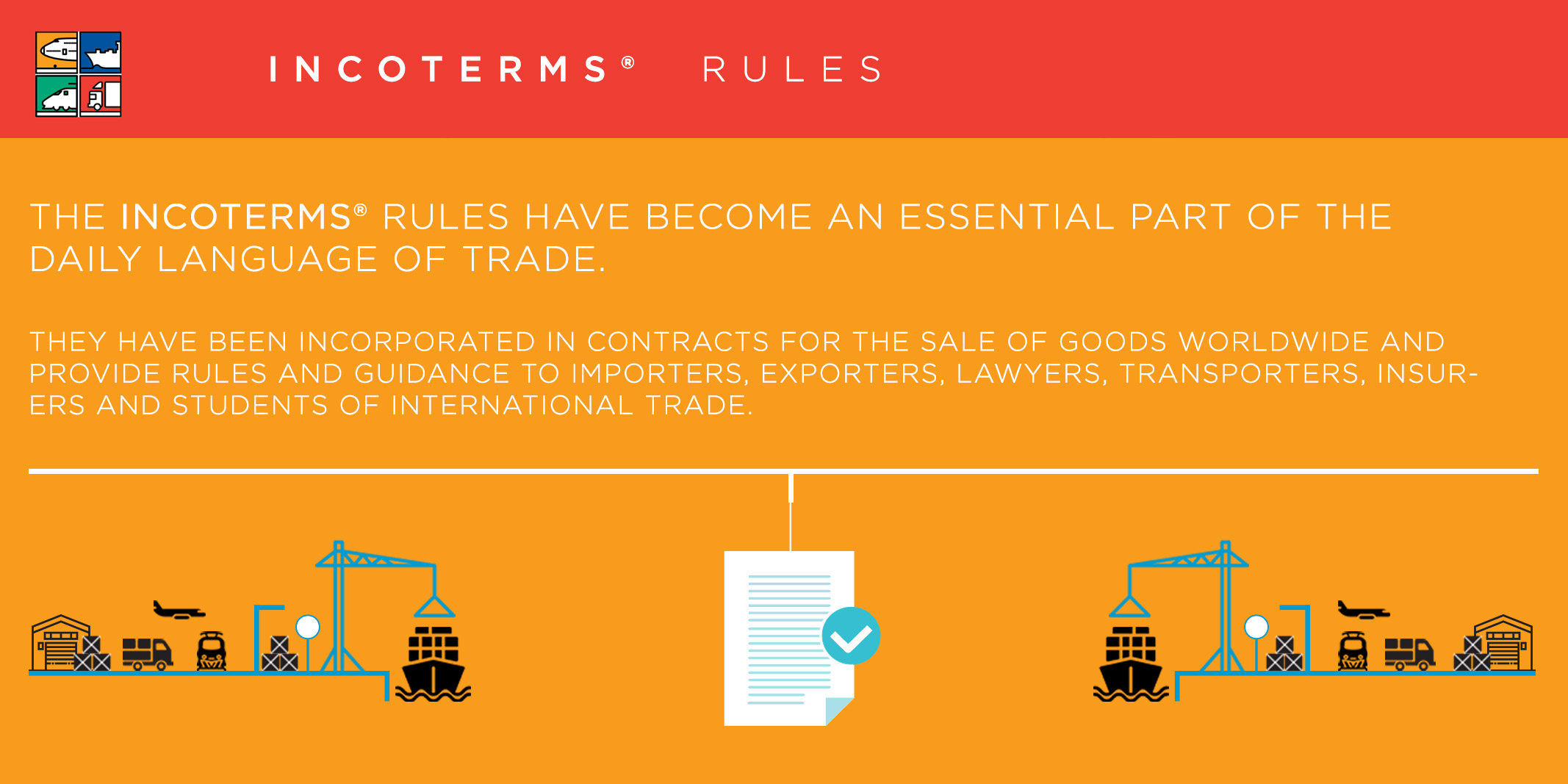 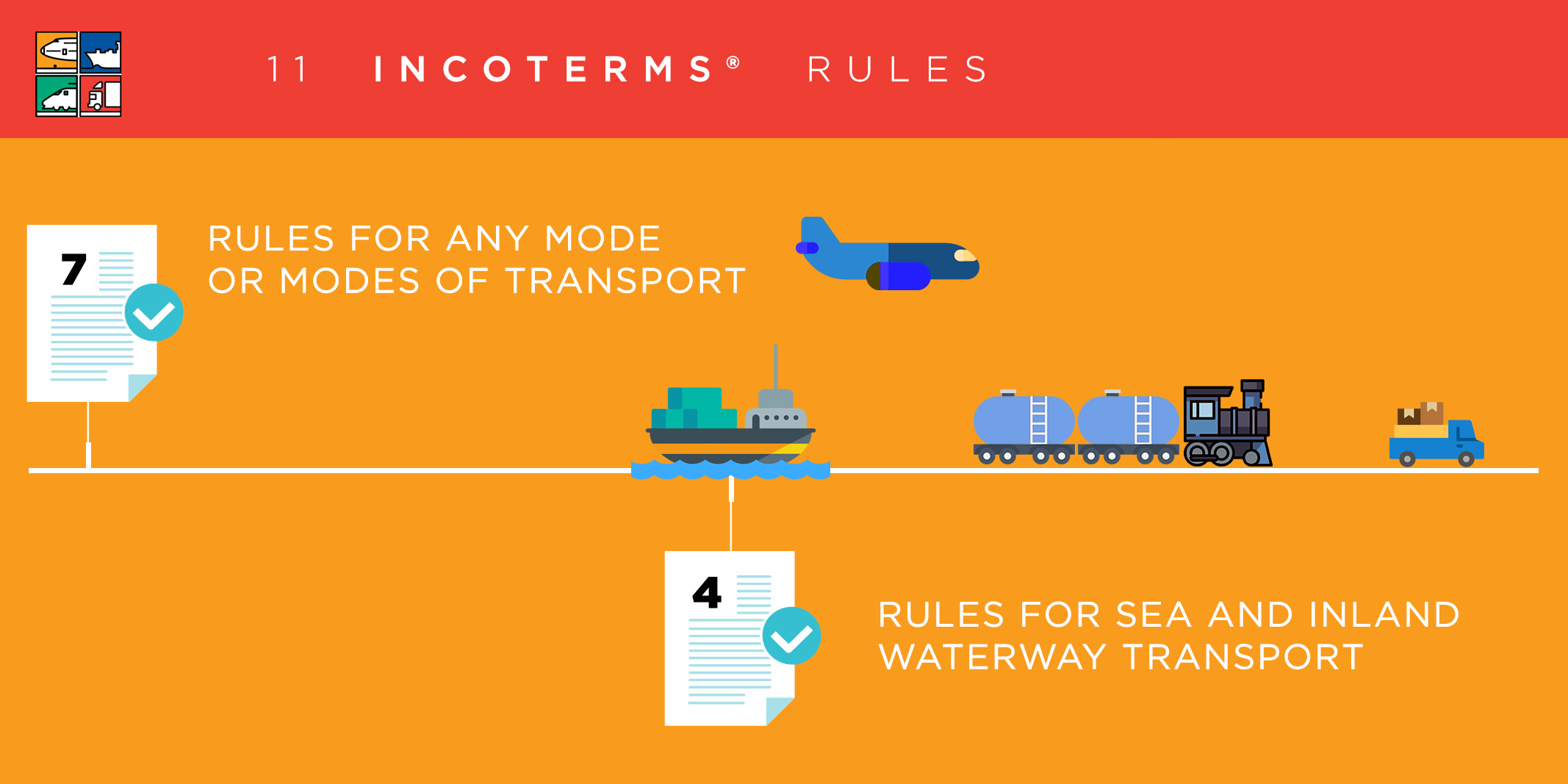 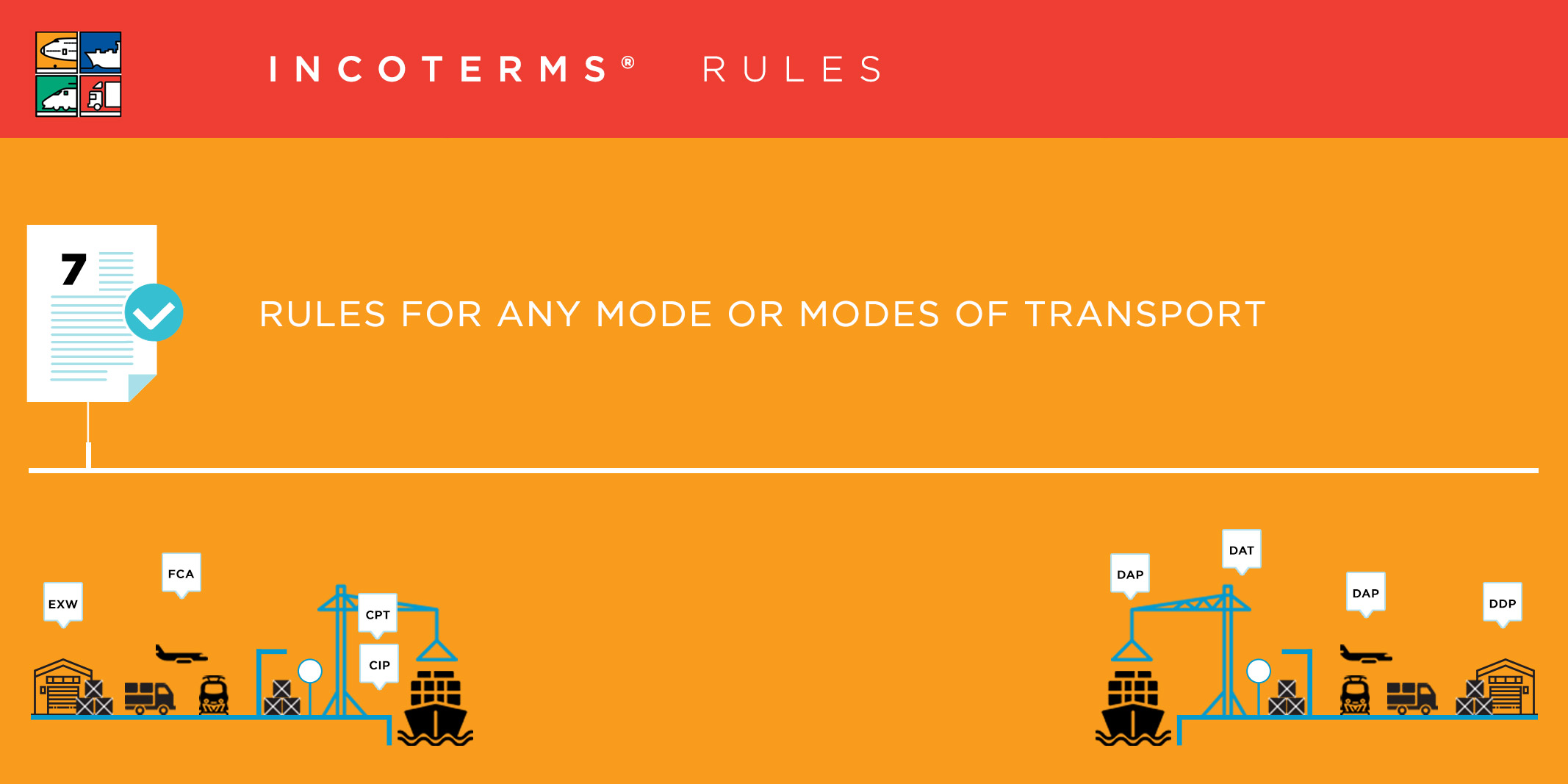 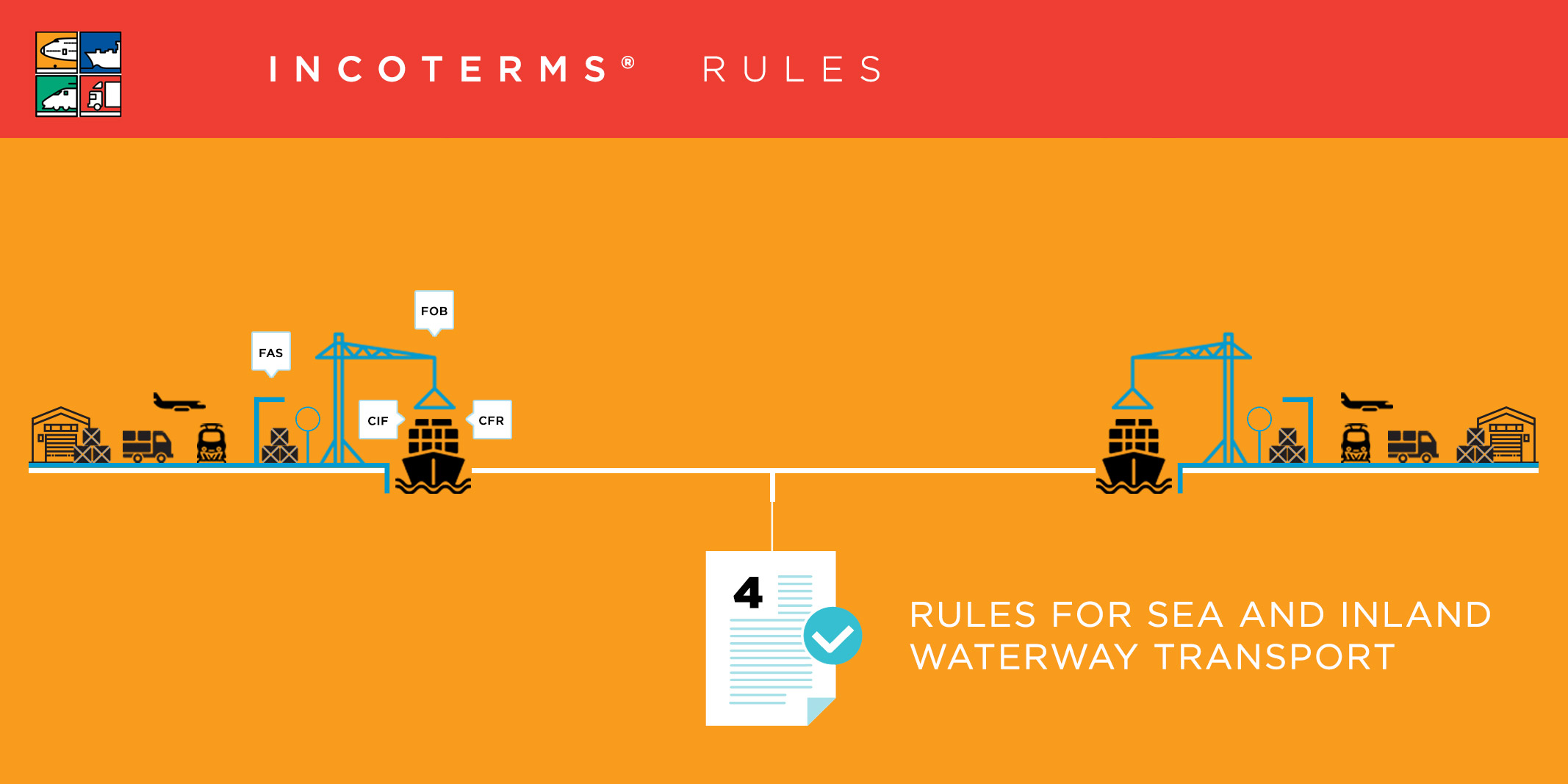 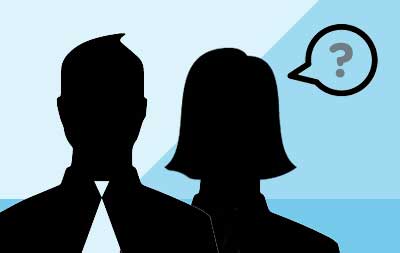 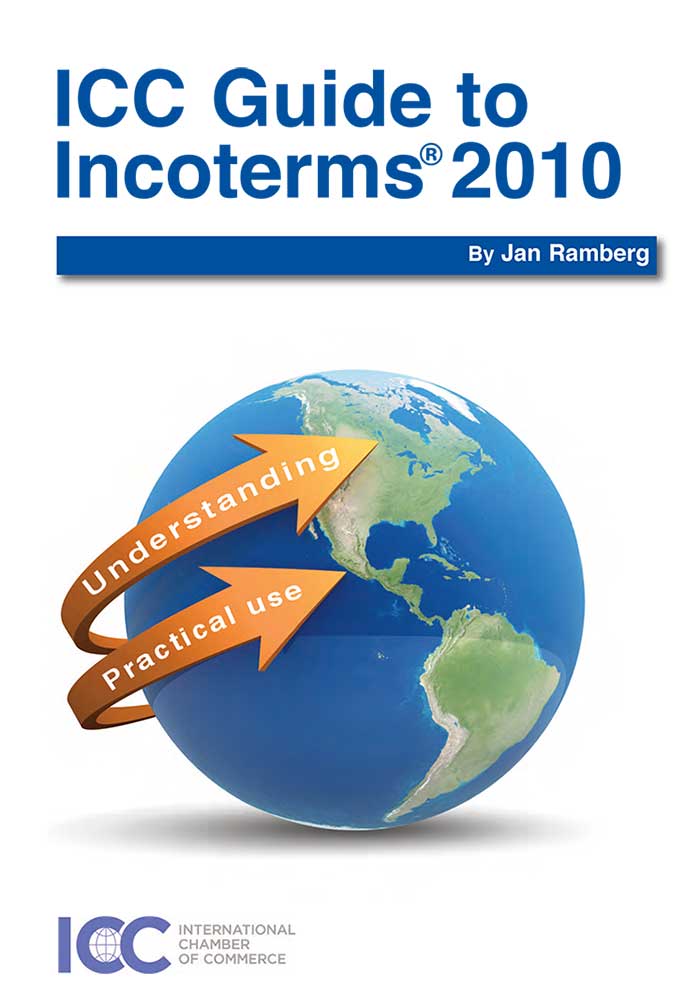 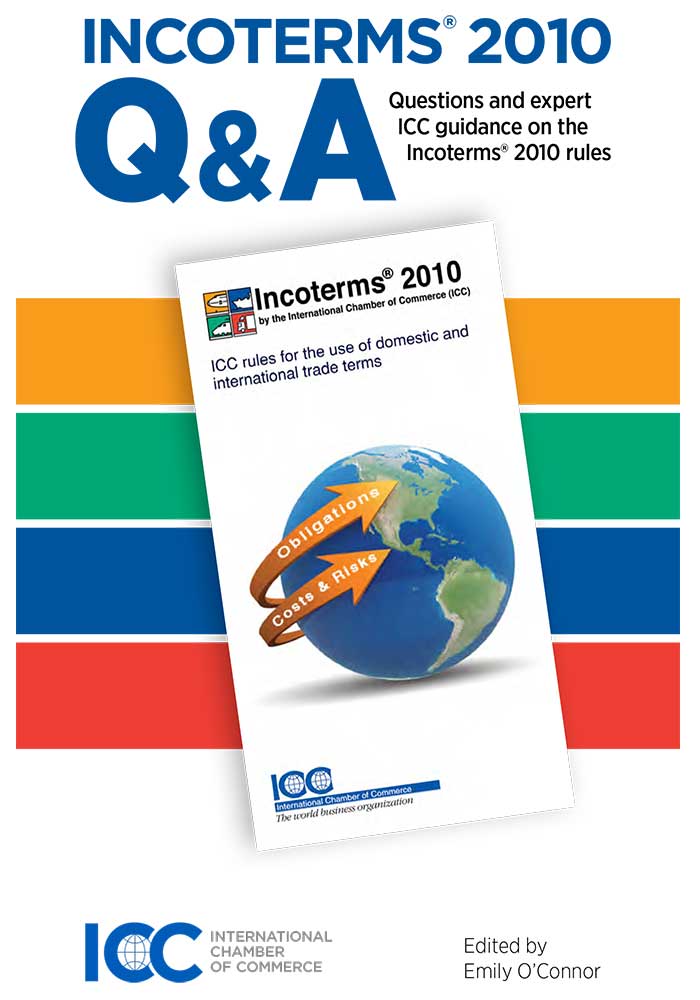 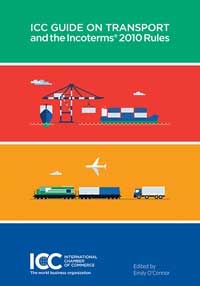 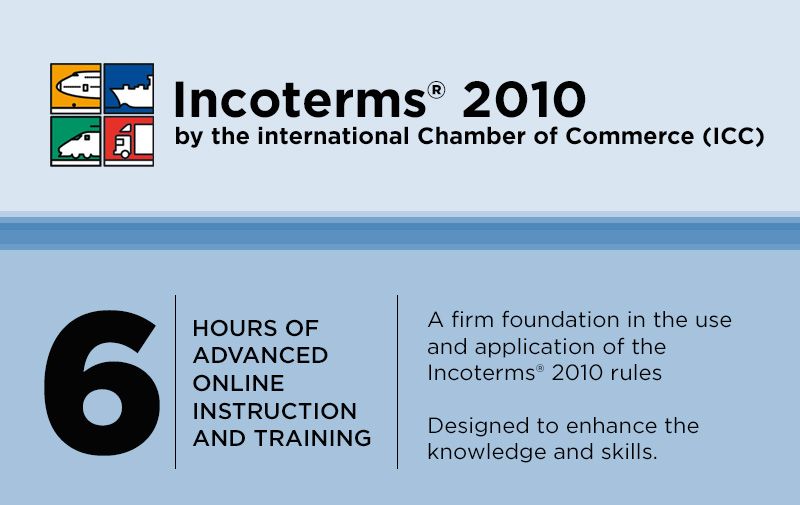 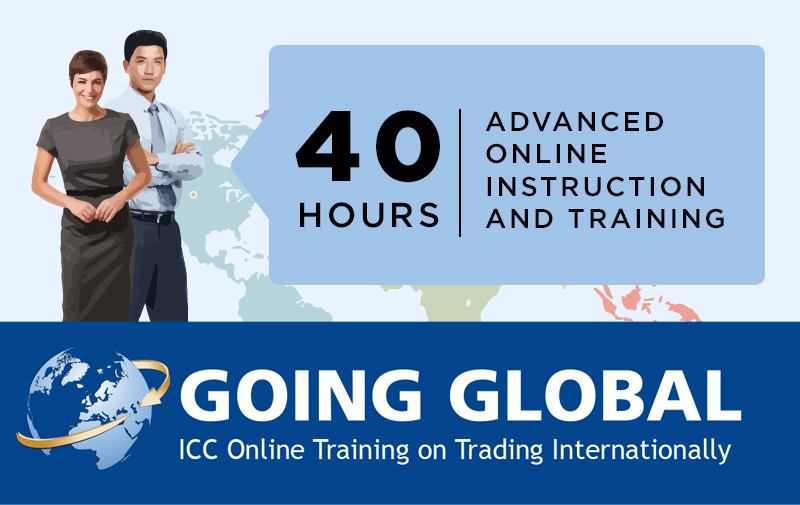