Traditionally, trade finance has received preferred treatment on the part of national and international regulators - as well as by international financial agencies in the treatment of trade finance claims - on the grounds that trade finance was one of the safest, most collateralized, and self-liquidating forms of trade finance. This was reflected in the low credit conversion factor (CCF) determined under the Basel I framework for the capitalization of these instruments, which was set at 20%, i.e., five times lower than any on-balance sheet loan. However, as the banking and regulatory communities moved towards internal ratings-based and risk-weighted assets systems under the successor Basel II framework, issues regarding maturity structure and country risk emerged. 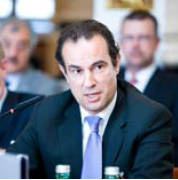 With the collapse of trade in late 2008 and early 2009, the regulatory treatment of trade credit under Basel II became an issue and was discussed by professional banking organizations, regulators and international financial institutions. A sentence made its headway into the communiqué of G-20 Leaders in London in April 2009, calling upon regulators to exercise some flexibility in the application of Basel II rules, in support of trade finance. Moreover, in the context of prudential re-regulation under Basel III, voices arose to ask that trade finance, which had suffered casualties by contagion from other segments of the financial industry, should not be penalized. "Unintended consequences" of increased prudential regulation was to be avoided, particularly with respect to the ability of developing countries to access trade finance at an affordable cost. The banking community was asked by the Director General of the WTO, Pascal Lamy, to provide evidence about the high level of safety and soundness of their activity by collecting statistical information.

In parallel, the G-20 asked at the end of 2011 that the WTO and World Bank, on the one hand, and the Basel Committee on Banking Supervision (BCBS), on the other, engage in a dialogue with a view to improve common understanding of trade finance, and identify any possible "unintended consequences" of prudential regulation. This dialogue proved extremely useful. Prudential regulators have been able to improve their grasp on the workings of trade finance and to verify, thanks to the data collected by ICC under the "pilot" trade finance register, the low-risk character and absence of leverage of the industry.

The aggregate data delivered by ICC covered nine major international banks, over five million transactions, and revealed less than 1,150 defaults. ICC was able to participate in discussions with the Basel Committee alongside the WTO and World Bank.

Ahead of the Seoul G-20 Summit, on 25 October 2011, the BCBS agreed to modify two of its Basel II rules as far as short-term, self-liquidating trade finance instruments were concerned, to reduce the excessive risk weighting on low-income countries (which proved to be no more risky than other countries), and to allow for capital requirements to be matched with the effective product maturity (hence waiving on the one-year maturity floor applying to letters of credit and the like). Both measures are of great importance in removing obstacles to the provision of trade finance in low-income countries.

Following the fulfillment of the G-20 Mandate, the dialogue between the WTO and the Basel Committee (BCBS) continued in an informal manner at management and staff levels. The Director General of the WTO and the President of the Financial Stability Board (FSB) had several rounds of discussions on pending issues, leading to useful clarifications.

One such clarification was about the conditions for the application of the above-mentioned waiver on the one-year maturity floor for short-term, self-liquidating trade finance instruments. Another key aspect concerned the future implementation of the leverage ratio on letters of credit and the like, which according to Basel III, should be subject to a 100% credit conversion factor for the purpose of calculating this ratio.

One argument defended by the WTO has been the perceived absence of leverage involved in trade finance transactions, due to the one-to-one relationship with merchandise trade. Moreover, contingent trade finance obligations, such as letters of credit, are off the balance sheet essentially for process reasons.

The WTO acknowledges that the dialogue with Basel Committee Members should be fact-based, and ought to be fed by data collected by the industry. From this point of view, the trade finance registry constitutes a true public good, taken very seriously by the Basel Committee. It is also acknowledged that the leverage ratio is not yet in application.

It has finally been noted by the WTO that under the CRD IV regulation, the EU planned to set the credit conversion factor for the calculation of the leverage ratio at rates of 20% and 50% for contingent trade finance instruments

Another piece of good news on Basel III issues came from the Basel Committee on 6 January 2013. The new guidelines on the composition of the liquidity coverage ratio (LCR) seem to be relatively favourable to short-term, self-liquidating trade finance instruments. In its Decision, the LCR was defined as the ratio of the "stock of high-quality liquid assets" to "total net cash outflows over the next 30 calendar days". It is meant to ensure that banks have enough liquid assets (i.e., 100% of net cash outflows) for a 30-day liquidity stress period. Previously, the liquidity guidelines assumed that trade finance exposures experienced a run-off rate equivalent to corporate exposure (up to 50%) during a liquidity stress period and required a proportionate buffer of liquid assets.

All in all, the situation on the regulatory front is looking better than it did a few years ago, thanks to both the institutional and informal dialogues opened by the WTO and the Basel Committee, and with the data support provided by ICC. The desire by central bankers and supervisors to improve their knowledge about issues related to trade finance has led the Committee on the Global Financial System (CGFS) of the Bank of International Settlement (BIS) to initiate a large-scale survey, with views sought from the main stakeholders.

Marc Auboin is Economic Councellor at the World Trade Organization (WTO). This article represents his own views and not necessarily those of WTO. His e-mail is bobr@exports.com.au