Of all the documents used in international trade, the bill of exchange (BoE) - also referred to as draft - continues to evoke intense debate among the documentary credit practitioners. Some say that it adds no value, that it's a huge irritant instead. Others claim that it's irrelevant in documentary credit transactions. This article discusses some of the issues that continue to engage the attention of the experts within the international trading community. 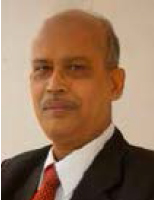 Is the BoE an essential element in international trade operations? The utility of transport documents is easily appreciated, also that of commercial invoices, packing lists or quality certificates. But drafts or bills of exchange? The trading community has specific uses for each of these "shipping documents". Although a draft is not a "shipping document", it has been in use for over a hundred years, especially by the merchants of yore.

As a payment mechanism, bills of exchange come into play when shipping documents are routed through commercial banks for collection. It's through the BoE (the only financial document) that the exporter makes a legal demand on, and authorizes the remitting bank to, claim a certain sum of money from the drawee. It's only the BoE that determines whether the importer should pay at sight, on presentation or only after a certain period of time. This is irrespective of the how all the other documents - being commercial documents - are drawn, or the nature of the contract between the buyer and the seller.

Note that we have introduced here terms such as "bill of exchange", "endorsement", "on demand", "at sight", "usance", "presentation" and "maturity" with total ease and comfort. When someone refers to "endorsements" or "noting and protesting", no explanation seems necessary. To us, these terms are well accepted, their meaning and interpretations quite clear, so much so that, in international trade, we have no doubt how these expressions are likely to be interpreted by the counterparty or the intermediary banks abroad. When we extend the application of "endorsement" to bills of lading or insurance policies, do we need to define it all over again? None of us does because, for lack of any other universally accepted framework, everyone has only a single point of reference to interpret these terms.

That point of reference is the legislation by countries on drafts, bills of exchange, cheques or other negotiable instruments. The definition and interpretation of these terms, barring a few variations, are similar across countries around the world. When they are used in URC 522, UCP 600, ISP 98, URDG or other rules of ICC, none of them is separately defined. When one refers to "sight payment", payable "on demand" or "on presentation", the interpretation is always with reference to the relevant legislation.

Let us consider "payable at sight" or "sight payment" in order to underscore the roles drafts play. What exactly is the drawee supposed to "sight"? Not the shipping documents, it's actually the sight draft. "Documents have been accepted for payment (on)" implies that it is only the usance draft (accompanying the shipping documents) that has been "accepted" by the drawee for payment. The meaning of "acceptance" is derived from the relevant legislation on negotiable instruments, not from anywhere else. The same applies to letters of credit available by sight payment or by acceptance. Without the inclusion of the bill of exchange, every letter of credit would have to be painstakingly reworded to achieve the same objective.

A good example is the application of the Incoterms® rules. The parties may define their respective responsibilities at great length and considerable detail, or simply use one of the Incoterms® and be done with it. Drafts offer similar advantages.

Drafts and the dual availability of L/Cs

Sub-article 6 (b) of UCP 600 stipulates: "A credit must state whether it is available by sight payment, deferred payment, acceptance or negotiation." The UCP defines only "negotiation" (article 2), but not the other expressions. To define the other types of credits, one would have place drafts at centre-stage.

The definition of "availability" hinges on three important parameters: (i) the nature of the draft itself (DP or DA), (ii) identification of the drawee in the credit, and (iii) the bank with which the credit is available.

Owing to the reasons stated earlier, when a credit is said to be available by sight payment (sight credit),

1. a sight draft must necessarily accompany a presentation, and

2. the sight draft must be drawn on the bank with which the credit is said to be available.

Note that the very same credit is simultaneously available with nominated banks other than the drawee bank - but (now, to these banks) by negotiation.

Moving on, when a credit is said to be available by acceptance (an acceptance credit), the requirements are that

1. an usance draft must accompany the shipping documents, and

2. the draft must be drawn on the bank with which the credit is made available by acceptance.

Thanks to the Banco Santander case, we have a new sub-article 12 (b) in UCP 600. Payment of a bank's own undertaking before maturity contains a certain degree of risk1. The enactments on bills of exchange by various countries contain provisions on such matters. Sub-article 7 (c) of the UCP also makes the position very clear. Even though this is yet to be tested in a court of law, most of us at least have a point of reference, that being the legislation on bills of exchange.

The joker in the pack is the provision for pre-payment or discounting by a bank of its own deferred payment undertaking (DPU) - as authorized by sub-article 12 (b). Since no draft is involved in a DPU, it is not covered by the legislation on bills of exchange. Discounting is not possible either for exactly the same reason: there is no financial document to discount. Advancing by a bank against its own undertaking to pay on a fixed future date is quite an oxymoron. Until tested in court, this issue will remain an enigma, if not a minefield.

Incidentally, I wonder if the absence of a draft is the only factor that differentiates a DPU from an acceptance credit. Is there any rule or definition that bars drafts from being included in a DPU transaction? While on the subject, it would be interesting to know what the court decision might have been had the Banco Santander case included a draft.

Get rid of drafts?

• "Has the draft (BoE) outlived its usefulness in L/Cs?"

• "Surely... it is time to let go of the draft as a completely ridiculous and pointless financial instrument in L/C transactions?"

• "Gentlemen, my stance as a bitter foe of the use of BoE under L/Cs is probably known."

• "BoEs have no place at all in L/C transactions."

• "BoEs have no function in conjunction with L/Cs but merely serve to unnecessarily muddy otherwise clear waters."

• "ICC should expunge all reference to bills of exchange from UCP and indeed expressly forbid their use."

Those in favour or the continued use of drafts say that accepted drafts have their use in the bill market (forfaiting, banker's acceptances are good examples). More importantly, the proponents (including the late Bernard Wheble) believe that if the L/C mechanism happens to fail, the accepted draft is a second line of defence which could come to the rescue of the aggrieved seller to establish his claim relatively more easily in a court of law. For several reasons, even this argument has its strong opponents.

One cannot help but wonder why a section of the users is opposed to drafts, especially where documentary credits are concerned. Is it because they are mostly like an insurance policy - useful only when disaster strikes? Or, is it because the various legislations on negotiable instruments are too complicated, too difficult to comprehend? The question is, replace "drafts" by all means if you wish to, but with what?

As things stand today, drafts can do without the UCP or the L/C. But would a documentary credit be the same without any reference to drafts, and would it offer so many payment options? Hardly. It may, perhaps, be possible to restructure documentary credits to perform the functions of acceptance, negotiation, sight payment or other requirements of trade and commerce. To achieve that, L/C operations would have to be shorn of the terms such as on demand, at sight, presentation and acceptance. New terms, independent of the present legislation that defines these expressions, would have to be coined, new methods of payment defined. These must also receive universal acceptance, necessary legislative support and judicial approval. As an expert observed, "It will take a lot of lateral thinking and changes to the UCP to make it work."

One can't help but ask, is it really necessary? Would it be worth the trouble? Everything considered, wouldn't a sincere attempt to better understand this critical financial instrument - that has been around for centuries, has been widely accepted worldwide and is extensively used by the trading community - is a more realistic, practical and sensible solution?

Rupnarayan Bose is former managing director of Fina Bank Ltd., Nairobi and TransAfrica Bank, Kampala. His website is http://www.internationaltradeservices.in, and his e-mail is rnbose@gmail.com.

1 Refer to this author's article titled, "Pre-payment, honour, and bills of exchange" published in Trade & Finance, (under The State Administration of Foreign Exchange), March 2013, China. Also available at http://rnbose.blogspot.in/2013/05/pre-payment-honour-and-bills-of-exchange.html.