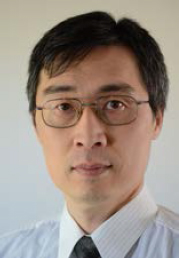 Bankers may be surprised to learn that this long-used practice may not be strictly in accordance with UCP 600. This article analyzes the relevant UCP 600 articles and argues that sub-articles 14 (b) and 16 (d) are not applicable to the issuing bank and confirming bank when a presentation has been forwarded to them by the nominated bank for reimbursement.

Sub-article 14 (b) states: "A nominated bank acting on its nomination, a confirming bank, if any, and the issuing bank shall each have a maximum of five banking days following the day of presentation to determine if a presentation is complying...".

There are three main differences between sub-article 14 (b) of UCP 600 and sub-article 13 (b) of UCP 500. First, the time allowed to examine documents is changed from seven to five days. Second, the phrase "reasonable time" is removed and replaced with "maximum". ICC removed the phrase "reasonable time" because there is not a standard application of the concept globally1.

Because of these changes, it is logical to deduce that banks now have a maximum of five banking days to examine documents. However, this author believes the use of the phr ase "complying presentation" changes the interpretation from what it was under UCP 500, and that the new UCP 600 article is not applicable to the situation in which the documents were forwarded to the issuing bank or confirming bank by the nominated bank for reimbursement.

When documents are forwarded

It appears that the obligation of the confirming bank under sub-article 8 (c) is similar to the obligation of the issuing bank set out in sub-article 7 (c). Following the same argument from the section relating to the issuing bank, the confirming bank is not bound to examine the documents presented to it for reimbursement within five banking days after receiving the documents and, in the case of a non-complying presentation, it is not bound to send the refusal notice within the time set out in sub-article 16 (d).

How many days can the issuing bank or the confirming bank use to determine whether or not to reimburse the nominated bank? The issuing bank and the confirming bank should not be allowed to use as long as they like, as this could affect the applicant, who may not be able to collect the goods in time. It is also against the interests of the beneficiary, since any unacceptable delay in reimbursement will affect its financial position.

What is a reasonable time is determined on case-by-case basis. For instance, in Bankers Trust Co. v State Bank of India5, the documents consisted of 967 pages, and the court held that it was not reasonable to expect the bank to finish the examination within one or two days. The court's decision stated that a reasonable time is not "intended to allow, let alone encourage, an intricate minute-by-minute examination of the issuing bank's work of the kind undertaken here, but rather to require consideration in broad terms whether the issuing bank set about its work conscientiously and, viewed overall, handled the matter with reasonable promptness, either by reference to an appropriate fixed time-limit or generally6."

Although ICC tried to eliminate the vagueness of the term "reasonable time" used in UCP 500, the wording of the new UCP has produced unexpected consequences, namely that the five-day time limitation for documents examination and refusal notice issuance under sub-articles 14 (b) and 16 (d) does not in my view apply to an issuing bank or a confirming bank when it determines whether or not it is bound to reimburse the nominated bank.

Kevin Tam is an accountant. His professional interest is in international trade law, especially documentary credits. His email is kevintam.email@gmail.com