Popular protests that began in Tunisia in January and subsequently spread to countries across the Middle East and North Africa (MENA) region have had varying impacts on the letter of credit market. 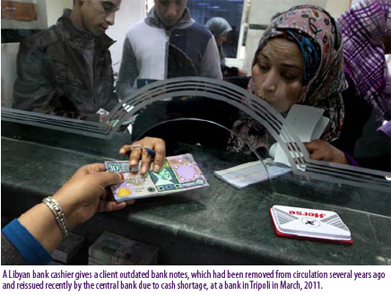 Unsurprisingly, the unrest has had a negative impact on L/C business, but measures introduced in Tunisia and Egypt as those two countries set about designing new political and economic structures may yet make L/Cs more available in the long run.

The short-term impacts of civil disturbances have been severe. According to an Egyptian banker, L/C deposits at the Central Bank of Egypt fell by nearly 66 per cent in January and February, and while the country was in deep turmoil earlier this year, trade and shipping sources in the country reported difficulties processing L/Cs for much-needed grain imports.

Yemen, which depends on oil as its main foreign currency earner, has been hit by a severe US dollar shortage. The lack of hard currency, compounded by poorer exchange rates, has caused serious problems for traders opening L/Cs, according to an official at the Port of Aden.

In Bahrain, there are rumours of at least one global banking giant decamping its regional headquarters from Manama to Dubai, Abu Dhabi or Qatar.

Libya is the first major oil exporter to be affected, and the sustained and violent repression of public protests make the outcome of the protests there very uncertain. In early July, though the rebels had made important advances, they still had not taken Tripoli.

Sanctions heaped on the government of Libya have choked L/C business - even if there was sufficient oil being produced to export. But, since Libya's rebels under the banner of the National Transitional Council (NTC) have persuaded key inter-international players of their legitimacy, banking arrangements of some kind are likely to facilitate L/C business.

As of this writing, however, transacting L/Cs is problematic on several fronts. Sellers may be unable to present documents and obtain payment while Libyan banks could claim protection under force majeure provisions. Even if normal banking resumes, it will depend on specific L/C terms and arrangements as to whether banks will honour or negotiate credits that expired during the period of unrest.

There is some comfort for UK-based parties from the government's Asset Freezing Unit (AFU), which has issued some licences to allow transactions to be completed even if they appear to breach sanctions. According to an AFU official, at least one license has been granted to a London-based bank in respect of trade finance payments. These include some due under L/Cs where the goods and services were provided before sanctions became effective.

But parties who have applied for these licenses reckon it takes time and suggest that the AFU has only limited resources available and are overloaded with work because of the number and amount of assets frozen as a result of unrest across the MENA region.

To make matters worse, according to an AFU notice, bogus communications have been identified that claim to be from the unit. It says these messages are often in the form of emails or letters and sometimes use the name of a current or former Treasury employee. They are likely to be linked to organized fraud, and the unit strongly advises recipients not to respond to them in any way.

While conventional Libyan L/C business has disappeared, signals heard from Benghazi where the NTC is based indicate that officials are fully aware of the need to revive it. In March, DCInsight learned that officials at the Central Bank of Libya - which now works with the NTC and has relocated temporarily from Tripoli to Benghazi - were holding talks with other banks to work out how L/Cs could be made available again.

Moreover, the NTC has substantial international support, even if the EU and the US have stopped short of officially recognizing the rebel entity. Qatar is playing a key role too. In May, Reuters reported that payments to rebels for Libyan crude had been made through a bank account in Qatar in US dollars and that an oil and gas support group had been set up in the Qatari capital, Doha.

Executives at the Arabian Gulf Oil Company (Agoco), which is also now under NTC control and based in Benghazi, are said to be working closely with the Qataris, who are keen to find arrangements whereby Libyan oil can be exported in exchange for food and medicine. Agoco is not currently producing oil for fear of attack by pro- Gaddafi forces but says it could resume crude exports out of the port of Tobruk within four weeks once security improves.

But dealing with Agoco may not be the safest option, according to one lawyer who attended the mid-April Doha summit on Libya. "NOC has not recognized Agoco's legitimacy and claims it is still a subsidiary. It has also said it will sue any buyer of Libyan oil from any entity other than the NOC," he said.

But he does think that L/Cs could be possible under circumstances whereby Libyan oil is sold through a third country such as Qatar? "Once the third country has the oil it could then be legitimately sold on to another trader who would not be subject to sanctions and the oil could possibly then be sold on L/C terms," he said.

The uprisings that ousted Tunisian President Zine el-Abidine Ben Ali and Egyptian President Hosni Mubarak were spurred substantially by a lack of jobs and economic prospects as well as political disenfranchisement. In these countries, the difficult process of building new political and economic constructs has begun, albeit against a background where dissatisfaction with the pace and direction of reforms still causes frustration and violence remains a feature.

The task of building or rebuilding functioning economies is seen by key international powers as a quicker task than political reform and, crucially, one that can ease frustrations during the slower process of creating new political structures.

In this context, the US has already launched extensive economic support packages for both Egypt and Tunisia, and will most likely do the same for other countries charting a future featuring democracy and market economics. These packages work through local institutions and are designed to create new jobs.

In Egypt, the US provides insurance for L/C business, as well as support packages for small- and medium-sized enterprises. The new packages also help local institutions integrate with their global counterparts by encouraging and facilitating the use of internationally accepted financial instruments, such as loan guarantees and insurance facilities.

Such measures should help, but ultimately the future of L/Cs in the MENA region is dependent on security, as is evident in Iraq where Citigroup of the US says it is expanding its trade finance and syndicated lending services to some of the Iraq's 44 banks.

The security situation in Iraq has improved markedly over the last year. The country has massive earnings potential from oil exports and is poised to invest heavily in the oil and gas industry, power generation and housing. Clearly there is huge scope for new opportunities writing L/C business in a country where, provided stability is maintained, there is so much upside as well as the means to generate revenue and acquire spending power.