Demand for L/Cs surges at SMEs

Prospects to do more letter of credit (L/C) business in emerging and developing countries are increasingly in the sights of smaller local banks, which appear to be coming to the fore as providers of trade finance to small-and medium-sized enterprises (SMES). 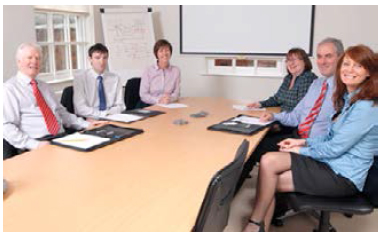 Some banks are relying purely on market forces to drive their L/C business upwards, but bilateral and multilateral interventions are pump-priming new credit offerings for SMEs, with established L/C-based schemes from the European Bank of Reconstruction and Development (EBRD) and the International Finance Corporation (IFC) honing in on smaller firms and becoming more sophisticated. Meanwhile, with continuing signs of a lack of enthusiasm amongst some of the world's major banks to provide even conventional L/C offerings, it seems new providers - sometimes SMEs themselves - are stepping into the breach in mature markets.

A recent Dun & Bradstreet (D&B) report said demand for L/Cs is very strong amongst the UAE's SMEs. Almost 55 per cent of them require L/Cs, the most commonly used instrument by the federation's smaller firms. Gulf Finance Corporation (GFC) is one of a handful of UAE-based financial institutions eyeing SME credit business, ambitiously aiming to capture 10 per cent of this market and triple the loans it makes to SMEs to AED 3 billion over the next three years. With its marketing squarely directed at smaller firms, GFC was established in 1998 and with around 100 employees, it should be able to identify with its customer base.

According to Rohan Nagpal, a consultant with D&B who advises SMEs in the Middle East and South Asia, the comparative lack of credit extended to the UAE's small firms presents the federation's banks with opportunities that may be even greater elsewhere in the Gulf. "Recent statistics show that SME loans in [the] UAE are at around 4 per cent of total bank loans, higher than most [Gulf Cooperation Council] countries, but low when compared to developed countries where SME loans are at over 15 per cent of total bank loans," says Nagpal, who sees in the low ratio a potential for growth in SME financing in the coming years.

Opportunities to do L/C business have been noticed elsewhere in the Gulf. Qatar Islamic Bank offers discounted L/Cs for Qatari SMEs involved in international trade as part of its new Aamaly scheme for SMEs.

Kenya's fast-growing Equity Bank has been actively marketing its L/C offerings for SMEs as it extends its reach across the African continent, and the strategy appears to working. It saw its L/C, acceptances and guarantee turnover increase from 7,357 Kenyan shillings in 2011 to KES8,304 in 2012 across the group, which operates in Kenya, Uganda, South Sudan and Rwanda.

The bank's focus on smaller businesses was underlined when China recently provided Equity Bank with US$4 million funding to give loans to SMEs. This coincided with Kenya becoming the first African country to benefit from a US$5 billion Chinese SME development fund.

Bilateral support can be found behind improved L/C offerings in the world's poorest countries, including the east African archipelago state of Comoros, where privately held Exim Bank Tanzania plans to double its network from two to four branches. Comoros's exports are based on agricultural production, but trade finance provision for SMEs is poor, which prompted French development finance institution PROPARCO to provide Exim Bank Comoros with a EUR 4 million loan in 2010 to help the bank provide facilities for SMEs in Comoros.

In Kosovo, where the economy relies heavily on SME traders, EBRD supports and has a 10 per cent share in Banka per Biznes (BPB). Its focus on SMEs is supported by an EBRD micro-, small- and medium-sized enterprise credit lines. EBRD also targets sectors where SMEs are strong, such as the knowledge economy and the ICT sector. The bank has set up a venture capital investment programme of EUR 100 million to inject cash into new innovation or technology-led ventures.

Vietnam's Orient Commercial Joint Stock Bank's (OCB) has won the support of the IFC and its strategic ally BNP Paribas in the form of a syndicated US$25 million loan for SMEs, with US$5 million of the financing package set aside for on-lending to businesses owned and operated by women.

The GTFP's Advisory Programme appears to have made L/Cs easier to obtain for SMEs in Nicaragua where staff at Banco de Finanzas have received training and support to update and improve L/C applications and have gained skills to run workshops for clients. SME clients who attended an Export Import workshop reportedly now feel more confident negotiating better deals with their suppliers.

While the TFP and GTFP are gaining in sophistication, L/C facilitation remains a core service as the IFC demonstrated recently in South Sudan. One GTFP case involved an entrepreneur whose SME imports and sells agricultural equipment. Her trade cycle presented several challenges: the business takes large consignments, has a large inventory and cash flow can be volatile. Suppliers require advance payments, and the business is exposed to several foreign exchange risks.

On top of this, as of 1 October 2012 the Bank of South Sudan (BoSS) has required all imports to be L/C-financed. Last year, this left the farm supply business, along with many other Sudanese SMEs, with potentially no access to financing.

In response, a GTFP advisory role in South Sudan was mobilized to train both local banks and SMEs. The result was that banks now offer SMEs a range of financial services and can open L/Cs in accordance with the BoSS directive.

Even in mature markets, SMEs can find it difficult to obtain L/Cs, as some major banks appear to have little appetite for trade finance business. This means new L/C providers are stepping in to fill the gap. In the UK, Synergy in Trade stepped in to finance a deal that an SME's main banker would not support. The firm, which exports electricity generating sets (gensets), could not obtain facilities from its bankers to meet an order that, for this small firm, was considered big. The company's annual sales were only around £90,000. The new order was worth US$1 million.

The gensets were manufactured in the UK, but the manufacturer required cash or an L/C up front as security. Synergy provided the client with a back-to-back credit facility and issued L/Cs to the UK manufacturer. Profit from the new order funded an investment in infrastructure for the supplier and enabled it to take on staff.

Established in 2006, Synergy in Trade is one of a growing band of non-bank providers that have emerged over recent years to offer L/C and other trade finance services. It seems that these smaller providers, along with smaller banks in emerging and developing countries, may yet prove better at providing products and services tailored to SMEs than the world's major banks. The latter may have to adapt to the reality that in some markets, a relationship with a smaller bank - such as BNP Paribas' strategic relationship with Vietnam's OCB - may be the best way forward. l