DCI spoke with Carlo DiNinni shortly before the final text of ISBP was finally decided and approved by the Banking Commission. 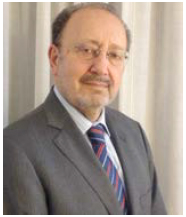 DCI: This revision of ISBP has been a long process, taking three years, in part because Drafting Group members were only able to meet at the time of the Banking Commission meetings. Overall, are you satisfied with the result and do you believe it will be a greater benefit to document checkers than the last version of the ISBP?

DiNinni: Yes. It has taken a long time, the main reason being that we received a number of inputs from ICC national committees about the possibility of expanding the field of subjects to be covered and in recording practices about them. The difficulty was to agree on what new areas should be covered. In the beginning, we saw it as a large group of new subjects, but working day after day, we understood that making it too broad could be a problem for everyone. The Drafting Group made the decision that we would go with an updated version and add a few documents. We ended up with an extended version covering handling of L/Cs.

The final decision was to identify a few main documents frequently requested (packing list, weight list and non-negotiable sea waybills) with their own specific practices and two areas of possible documents called "Beneficary's Certificates" and "Analysis, Inspection, Phytosanitary, Health, Quantity, Quality Certificate and other Certificates " with their generic practices not linked to their content. As these documents are not covered by UCP, ISBP provides the first innovative guidance.

DCI: So you do not believe the text is still too long, too complex and that a number of issues could be resolved either referring to the UCP or Banking Commission policy statements? For example, on the question of what constitutes an original document, this was a big controversy in the Drafting Group with two options being considered. Isn't this subject covered in the Banking Commission statement on original documents?

DiNinni: You identified the main problem. It does raise the question that has never been fully resolved, because it depends on the national legislation: what is the weight to be accorded to the ISBP? Are these rules or interpretations? How much are they binding? In countries of common law, courts apply rules and practices as well. By contrast, in civil law countries like mine (Italy) courts are not familiar with applying stipulations other than the contractual ones. Practices are a much weaker source of contractual obligation if not expressly agreed, and it seems that the banking community is not going to issue documentary credits subject to both UCP and ISBP in the future.

In fact, our main task has been just to observe real practices and record what happens in the real world. With this in mind, I think we have offered to the documentary credit people a way to be in agreement about what actually happens when a document checker examines documents.

What needs to be remembered is that the content of the ISBP is not separate from ICC opinions or policy statements. A simple review will determine that over 80% of the content is reflective of positions taken in ICC opinions.

Coming to your question, how are we able to define what an original document is now? We have different ways of doing this, but the most expeditious way is to try and identify the essential items that make a document original, as a practice. That is what the ISBP does. And as for the position paper on original documents, these statements in the ISBP replace that document and focus on practices that are agreed among national committees.

The point here is that the decision document that was issued in 1999 is now dated. Technology has moved on, and what was possible to determine at the end of the 1990s and into the 2000s is not relevant today. The process of determining an original document needed to be redefined and put into simple terms that a document examiner could interpret in all cases.

DCI: I want to look at a few points that you took issue with in the comments in the Drafting Group. You seem to have had problems with language concerning authentication of a statement on a document that could be verified by specific reference to a website. Is there a problem with referring to a website for verifying authentication?

DiNinni: Verification of data - and not of a document - would be much more coherent in an electronic presentation. This is why the practice is that banks do not go to the website for verifying authentication. The statement is sufficient. I don't share the view that website verification is an easy way to commit fraud. ISBP paragraphs 35 (c) and (d) should be read together as they provide an indication of what is and is not an electronic means of authentication as intended by UCP 600 article 3.

DCI: One issue the Drafting Group had problems with concerned when an insurance document indicates a date of issuance later than the date of shipment.

The principle was agreed by most, since on a simple matter of "on its face" it would be compliant, the issue was whether the insurance companies would honour a claim in such circumstances.

DCI: Some of your colleagues suggested deleting language in the text saying that "a draft need not be endorsed". Do you agree?

DiNinni: The question before the Drafting Group was to keep the wording, change it to endorsement not required (or must be endorsed) or to explain the circumstances in which it should be endorsed. For the latter, the danger is that you capture some and not all of the possibilities. If we said it must be endorsed we would be creating thousands more discrepancies, as most are not endorsed. If we said it does not need to be endorsed, what about the times when it is necessary? Therefore, despite playing around with various options, the only decision we could take was to keep the same wording as today or to delete it.

In other words, when a non-documentary condition is expressed in a credit, banks are allowed to not look for such condition in the documents presented, but the practice is that they raise the discrepancy when data in conflict with such a condition are found. The crucial role of the credit and the expression of a condition - even if non-documentary - do not allow banks to forget what has been read. It would be considered unprofessional conduct, detrimental to customers' interests. The issue here is that the condition can be disregarded, but if the beneficiary does not, beware if you put the data in a different manner!

DCI: Is there any specific section in the final draft with which you disagree?

DiNinni: There is one. I do not agree with the section that says an invoice need not be dated. This is counter to a European directive, which lists the essential elements of an invoice and dating is one of them. An invoice has many purposes - identification of goods, price, Incoterms, way and schedule of payment, contractual reference, inventory, tax, etc., and the date is necessary in these cases. I never saw an invoice without its issuing a date, and I still wonder why no national committee objects to the practice - since 2002 - that an invoice need not be dated. For this reason Italian banks have changed their wording in requesting invoices by constantly saying "dated invoice". As for the rest of the ISBP, I have no major differences with what has been verified as a standard banking practice. l

<em>Carlo DiNinni</em> is Consultant to ICC Italy and Former Consultant to the Italian Bankers Association. His e-mail is c.dininni@iol.it