The limitations of the ISBP

The ICC Banking Commission document, International Standard Banking Practice for the Examination of Documents under Documentary Credits ("ISBP"), was first published as ICC publication No. 645 in January 2003, ten years ago. Since then, the UCP has undergone a profound revision, and the corresponding ISBP was updated in 2007. However, the creation of ISBP No. 681 was not a revision as such, only an update to put the ISBP wording in line with the revised UCP 600. 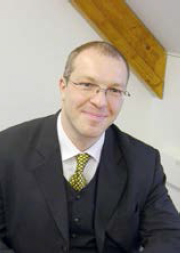 The 10-year anniversary of the first ISBP will be soon celebrated with its first full-text revision. What were the biggest challenges the revision faced? And more importantly, did the new revised ISBP meet these expectations?

First, I believe ISBP 645 and 681 have served the industry well. It's clear there has been a need for a comprehensive document which would further elaborate on the UCP rules in relation to the examination of documents. The process of examining documents is a key to understanding the documentary credit instrument, and more clarity in this respect can only help.

With the current ISBP revision the Drafting group originally aimed to enlarge the scope of the ISBP by including other practices, not only those related to the examination of documents, but also, for instance, operation of transferable, revolving credits, etc. I am glad this ambition was dropped.

The aim has been and, in my view, should always remain, to supplement the UCP rules by capturing further international standard banking practices in the examination of documents. We should not endeavour to create new practices, including practices which would be arguably desirable. Nor should we attempt to rectify or improve the UCP rules.

I am quite frustrated that many credits, as issued, contain incorrect, vague, conflicting or even unworkable terms and conditions. This lamentable practice significantly tarnishes the documentary credit instrument. However, can we ignore these conditions? Certainly not. The fact that the condition is wrong does not, on its own, mean that the beneficiary need not comply with it. So what can we do? Can we interpret the obviously incorrect condition in the way to get an apparently workable and, in our view, desirable condition? Or should we stick to the literal meaning of the credit condition, however wrong or absurd it might seem?

This is a very difficult question. The answer depends on the case at hand. For instance, if the incorrect condition in the credit is of general nature, i.e., if it would be wrong in any credit with any other conditions, and it relates to a matter a person active in international trade knows or should have known, it seems that a diverging reasonable interpretation would be justifiable. One example is the case of paragraph 143 of ISBP 6812, which deals with the incorrect requirement for an airway bill to be issued "to the order" .

Also, paragraph 21 of ISBP 681 provides a useful interpretation of expressions which are vague but which, unfortunately, are often used and cause a lot of problems in practice. In this respect, I wholeheartedly welcome the expansion of this ISBP section interpreting other problematic expressions such as "third party documents not acceptable", "shipping company" and "documents acceptable as presented", which can be found in section A19 of the new ISBP.

On the other hand, if the incorrect condition is very specific - and one might not be aware of it unless he knows these specific circumstances - the intervention (even if a reasonable interpretation would seem very desirable) would seem problematic. For instance, the Banking Commission dealt with a case when a credit requested presentation of an ocean bill of lading and specified the port of loading (field 44E) as: "any Czech Republic port". Obviously, we, in the landlocked Czech Republic, do not have any sea ports. Therefore, the nominated bank put the issuing bank on notice of this fact; however, the credit has not been amended. A bill of lading presented showed a place in Czech Republic as the place of receipt and Hamburg, sea port in Germany, as the port of loading. The ICC Opinion TA 705 confirmed that this was a valid discrepancy.

But one might come across situations which seem to be somewhere in between. How to deal with the situation when, for example, a credit requests an ocean bill of lading and specifies (also) a place of receipt? Does it make sense?

We all know that many ocean bills of lading show a place of receipt. The Banking Commission has even produced a "On Board Notation Paper"3 which deals with the situation in which a bill of lading shows a place of receipt different from the port of loading in detail. This happens quite often, especially when international shipments start in landlocked countries. It's obvious that many transport documents presented under credits would comply with both requirements for an ocean bill of lading (as stated by UCP 600 article 20), as well as for a multimodal bill of lading (article 19).

For example, take a credit that requests an ocean bill of lading and states as the place of receipt: Place A, the Port of loading as Port B and the Port of discharge as Port C. We might have several options concerning how to deal with such a situation, as follows:

3) The credit requested an ocean bill of lading, but also stated the place of receipt, which is arguably incorrect. The ocean bill of lading is to cover only a port-to-port shipment, agreed? Consequently, in such a case, we would interpret that what the credit actually calls for is a presentation of a multimodal bill of lading, a document to be examined as per article 19. It is to show that goods were received, taken in charge or dispatched in time from the place of receipt stated in the credit (Place A). It does not need to show any on board notation related to the vessel in the port of loading. If it does, it would be effectively ignored. However, the multimodal bill of lading would have to show the port of loading as in the credit, Port B.

Option 3) above might seem to some to be the most desirable and reasonable one. The revised ISBP actually suggests this outcome. However, in my view it is clearly in conflict with the credit condition and, contrary to the intention, it would create considerable confusion.

The credit requested an ocean bill of lading, and as such the document should be examined against UCP 600 article 20. I believe that we should resist the temptation to "correct" the credit terms to obtain a result we might prefer. The other options, 1) and 2) above, also make sense and are more in line with the credit requirement5.

In my view, what is really crucial is the proper issuance of credits in the first place. First and foremost, education and profound commitment to follow the best practices are required for users. ISBP can help to limited extent; however, its main goal and mandate is not to rectify incorrect credit terms and conditions.

Pavel Andrle, international trade finance trainer and consultant, can be contacted at andrle@icc-cr.cz

1. Draft 5 of ISBP states this in E16 and other relevant places.

4 As the ocean bill of lading only covers port-to-port shipments, there is no need for it to show any place of receipt.