﻿ Article: Right of response - B/Ls issued to the order of a bank Author: by Peter Sproston Published in: DCInsight Vol. 19 No.2 April - June 2013 Link: http://localhost:82/content/tfb/DCInsight/DCI_Vol19n2_RightOfResponse.htm?l1=Trade+Finance&l2=DC+Insight&l3=DCInsight+Vol.+19+No.2+April+-+June+2013

The recent article from Bob Ronai in Vol. 18, No. 3 of DCInsight regarding the consignee respectively order party in a bill of lading raises a couple of interesting points. The desire to simplify the issuance of documents for presentation under L/Cs is perfectly understandable and one that I can fully endorse. 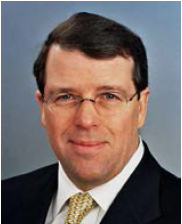 As to why certain banks require bills of lading to be issued to their order, rather than to order and blank endorsed, or indeed to order of the buyer or a 3rd party, may I suggest the following rationale: one function of a bill of lading1 is that it incorporates title to the underlying goods. It can also govern the means of transferring title to said goods. If it is a bearer2 document, then mere possession of same empowers the holder to claim delivery of the goods. If a bank is looking to the bill of lading to secure its rights over the goods, this will not be an ideal form, as the unforeseen loss (or theft) of the title document impinges upon the bank's ability to maintain control of the underlying goods, at least until the point of endorsement.

There is a precedent for a shipper redirecting delivery of goods under a bill of lading consigned to its buyer. This was done by endorsing the bill by way of pledge to a bank4. This right to redirect the goods is held to expire once the goods and/or the bill of lading have been delivered to the consignee, the latter having presumably acquired constructive possession of the goods.

Why is any of this relevant to the article mentioned above? It is suggested that a bank acquires greater security because it makes express the transferor's (seller's) intent to grant the bank "special property" or security interest in the goods,5 although that general property remains unaffected by the transfer of the bill of lading.

Having said that, it is, however, ordinarily the case that property in specific or ascertained goods passes when the contracting parties intend it to pass6. Why does this matter? Because the seller has to be legal owner of the goods at the time of tendering documents in order to make his financing bank pledgee. According to Todd,7 "Where a bill of lading names a buyer as consignee, retention of that document by the seller can lead to an inference of retention of property by him,8 because the bill of lading is needed for the buyer to obtain delivery of the goods after discharge. On the same reasoning, substituting the bank for the buyer named as named consignee, a pledge would not be created on shipment. This will be true for any document of title, possession of which is required to obtain delivery of the goods."

Thus, by tendering the title document to its financing bank, having issued the same to order of said bank, there is a reasonable assumption that it is the seller's express intention to make the bank pledgee of the goods. Hence, to paraphrase Todd9, if it is the seller's intention to create a pledge, the bank does not obtain the general property in the goods, but only a special legal title, which gives the holder of the bill of lading10:"A pledge accompanied by a power to obtain delivery of the goods when they arrive, and (if necessary) to realize them for the purpose of the security."

To reinforce the concept of this special legal title obtained by the bank as pledgee, it has been stated by Lord Devlin in Kum v Wah Tat Bank Ltd that: "this is not property in the ordinary sense; the pledgee has not even temporarily the use and enjoyment of the goods, but simply the right to retain them until the pledge is honoured and, if it is not, to sell them and reimburse himself out of the proceeds." This right is of particular value should the buyer, or indeed the issuing bank of the L/C, become insolvent before putting the (confirming) bank in funds for the financing of the goods.

There is, however, an important caveat to the above. The seller must have legal title to the goods or the title documents11 symbolizing the same at the time of tendering such documents to the bank. To quote Todd again: "If the property in the goods has already passed from seller to buyer before the documents are pledged by the seller to the bank, then the seller can pass no property to the bank as pledgee. Only if property passes on tender of documents is the bank likely to be adequately protected against the bankruptcy of the buyer (or in the case of a confirming bank, the bankruptcy of the issuing bank)."

It is perhaps for this reason that many banks demand a Trust Receipt that makes the client their trustee and agent for sale of the goods, obliging them to remit the sales proceeds to the bank alone. It gives the bank equitable title to the goods12 and can perhaps aid in withholding goods from a liquidator in the event of the end-buyer's bankruptcy.

11. The Future Express (1993) 2 Lloyd's Rep. 542 i.e. the title documents must be valid as such when delivery is made. Once goods have been discharged this function is lost.