In her article in Vol.18 No.4 of DCInsight, Sheilar Shaffer made two basic points, as follows: 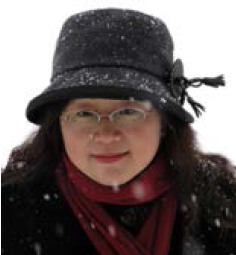 1. An L/C is not a contract, since it does not require consideration from the beneficiary to the issuing bank for the credit to be binding; and

2. The second beneficiary has the right not to make a presentation or even to initiate the cancellation of a transferred credit without the consent of the other parties.

This article offers different views on these points.

First, let's consider what a contract is in the legal sense. The definitions may vary depending on whether common or civil law is at issue. Under common law, some US cases have defined a contract as follows:

• "A promissory agreement between two or more persons that creates, modifies, or destroys a legal relation1" or "An agreement, upon sufficient consideration, to do or not to do a particular thing2."

• "A contract is an agreement by which one person obligates himself to another to give, to do, or permit, or not to do, something expressed or implied by such agreement3"

In civil law countries, a contract has been defined as below:

• "A contract is generally defined as an agreement by several persons about a common declaration of will, destined to regulate their rights4."

• "An agreement which binds one or more persons towards another or several others, to give, to do, or not to do something5."

Therefore, in civil law, a contract results from an agreement or consent, and it is compulsory, because from the moment the parties reach the agreement they are obliged to fulfil its terms, subject to specific performance and compensation of damages if performance is not forthcoming.

It should be noted that both civil and common law require consideration in a contract to establish its validity.

The fact is that the argument concerning whether an L/C is a contract has never been satisfactorily settled. One of the reasons for this lies in the consideration issue, which constitutes the privity of contract.

An L/C is essentially a promise by a bank (the issuing bank) to pay a third party (the beneficiary) on behalf of a second party (the applicant). The purpose of an L/C is to make the underlying sale contract feasible, and it has to be supported by at least two contracts.

The first contract lies between the buyer (applicant) and the issuing bank, in which the bank agrees to pay to the seller (beneficiary) after it has collected the fee (issuance fee and/or reimbursement) and obtained complying documents, including the title documents as per the type of contract. The second contract is between the issuing bank (which might also be an intermediate bank, i.e., nominated bank or confirming bank) and the seller, in which the bank agrees to pay the seller a certain sum.

The offer and acceptance theory

In her article, Sheilar Shaffer contends that an L/C is just an offer by the issuing bank, which will only be binding once the beneficiary (offeree) accepts it (either by presentation or statement). This complies with the offer and acceptance theory. Such a theory argues that the issuance of an L/C to the seller is an offer, and the latter may accept the offer by presenting drafts and/or documents to the issuing bank.

Article 16(1) of the CISG (United Nations Convention on Contracts for the International Sale of Goods, 1980) states: "Until a contract is concluded an offer may be revoked if the revocation reaches the offeree before he has dispatched an acceptance." Article 16(2) further indicates that "an offer cannot be revoked:

(a) If it indicates, whether by stating a fixed time for acceptance or otherwise, that it is irrevocable; or

The term "revocation" is very close to "cancellation" mentioned in the UCP. So if we follow the offer and acceptance theory, the offer (L/C) cannot be cancelled, since each L/C under UCP 600 is presumed to be irrevocable. The problem is that such a theory conflicts with the fact that an L/C, even if irrevocable, can be cancelled if all parties agree to it.

As stated above, an essential element in the privity of contract is consideration, which is required to make a contract binding. Different legal theories try to explain consideration. Take the theory that the buyer is the seller's agent as an example. This theory states that if the seller is not satisfied with the buyer's sole ability to make payment, a method of payment must be established to eliminate the risk of default by the buyer. Consequently, the seller requests the buyer to obtain a bank's independent undertaking of payment. If the sale contract is established in this case, it will be deemed that the buyer has gained the seller's silent authorization to effect payment as the agreed method. For this purpose and under this theory, the buyer can be deemed the agent of the seller to act accordingly. Therefore, in addition to the sale contract, there is also a subsidiary contract (L/C), under which the issuing bank promises to pay the seller provided the latter presents the required documents as per the terms and conditions of the L/C.

In practice, judges did not always accept the above view. As Sheilar noted, in the case of Amoco Oil Co V. First Bank &amp; Trust Co. (Missouri Court of Appeal, 1988), Judge Crist held that letters of credit are not formal contracts that mandate the standard contractual requirements of offer, acceptance and consideration. Therefore, it often seems that the questions are too complicated to answer if we consider the legal status of the L/C in the same way as we view the nature of a contract under common law.

On the other hand, if we view the L/C as a special instrument of both payment and finance different from regular contracts, we can explain the nature of an L/C in a more straightforward manner. For example, the US Uniform Commercial Code (UCC) Article 5 states clearly in Sec. 5-105 that consideration is not required to issue, amend, transfer, or cancel a letter of credit advice or confirmation.

Contract or not, does it matter?

A judge's statement and several other cases in which it was held that an L/C is not a formal contract cannot change the fact that it is already a custom accepted by most courts that the L/C is binding and effective even if there is no consideration. In fact, one could say that it is like a contract under seal which does not require consideration. In Hamzeh Malas &amp; Sons v British Imex Industries Ltd (1958) 2 QB 127, Judge Jenkins said that he was not willing to further discuss the consideration issue in an L/C, since it was already an elaborate commercial system built on the premise that bankers' confirmed credits are of a [binding] character.

As Henry Harfield stated in another of his books, Bank Credits and Acceptances: " ... the banker's letter of credit is a legally enforceable instrument, rooted in the law merchant and contractual in its nature. There is neither need nor utility to employ Procrustean techniques to establish its validity."

The second issue concerns cancellation under a transferred credit. Sheilar says that because an L/C is not a contract, the second beneficiary has the right to cancel the transferred L/C without the consent of other parties. She supported her contention by citing ICC opinions R375 and R207, in which the following principles were stated:

1. The second beneficiary under a transferred credit is as protected as the first beneficiary.

3. The UCP does not impose the obligation on the second beneficiary to obtain the other parties' consent with regard to its inaction.

I have no argument with the above three positions. However, in my view Sheilar's final comments dealing with cancellation conflict with her view that an L/C is an offer.

I agree with her that the second beneficiary is entitled not to make a presentation. This also complies with the offer and acceptance theory that inactivity does not in itself amount to an acceptance6. The inactivity (not making a presentation until the expiry of the credit) results in a lapse of the offer (L/C), which is also deemed the termination of an offer. But it is different from cancellation.

However, if we continue to call an L/C an offer, then it is only the offeror (issuing bank) that retains the right to cancel the L/C. Therefore, I believe that Sheilar's views in this respect are inconsistent, since in an L/C only the offeree (beneficiary) has the right to reject or accept the offer.

Xuehui Wang (Ofei) is a Lecturer in the School of Economics and Management at Anhui Agricultural University in Hefei, Anhui, China. Her e-mail is ofeiliya@hotmail.com. The author expresses her gratitude to Chang-Soon Thomas Song, Korea Exchange Bank, for his help in writing this article.