Banks in developing countries are looking to build up their trade finance capabilities to boost their capacity to finance the imports and exports they need to grow their economies, even as the financial crisis hits home. 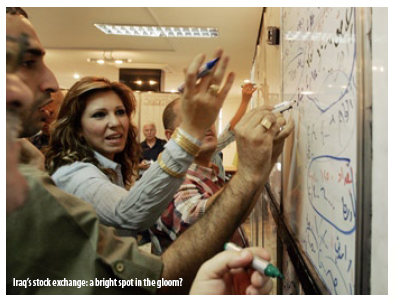 Assisting local banks in this quest are a raft of multilateral agencies, development banks and export credit agencies (ECAs) in developed countries that are significantly ratcheting up the support they provide for trade finance.

One area where local banks may take on trade finance business previously written by first-tier international banks is the Middle East. "A lot more banks in the region are looking at trade finance solutions," says Simon Rodway of online banking software supplier, S1 Enterprise. He reckons they will latch onto a trend for traders who, over the last two years, first shifted from L/Cs to open account transactions but who are now returning to L/Cs. Some of this is clearly due to the financial crisis, which is generating a search for greater security.

Africa is also welcoming L/C business back, according to one commodities banker at a European bank, who says she is seeing a shift away from cash against documents towards L/C transactions - notably soft commodities - through the bank's own local network.

Simon Rodway says he knows of several Jordanian and Lebanese banks that had previously shown no particular interest in trade finance and that are now actively enquiring about technologies and capabilities they would need to operate an effective trade finance department. "Regional banks are realizing that there's business out there and want to know how to manage the risks and complexities," he says.

In Indonesia, several smaller banks are lining up to write more L/C business after the Philippines Central Bank's recent approval of a request made by the Chamber of Thrift Banks for its members to be allowed to issue US dollar-denominated L/Cs for small- and medium-sized enterprises (SMEs). The thrift banks have long wanted to issue dollar-denominated L/Cs to their SME clients. For years they have issued only peso-denominated L/Cs, consequently losing some SME clients to bigger banks able to fully service all clients' requirements. Currently, fewer than a dozen of the country's thrift banks are qualified to write such L/C business, because the rest of the banks' capitalization falls below capital adequacy requirements - but several of the banks say they intend to raise sufficient capital to become eligible to issue dollar-denominated L/Cs.

The current lack of credit from first-tier international banks is providing an impetus for banks in developing countries to develop trade finance business. But according to Dubai-based Platinum Corporation's chief financial officer, Suresh Vaidyanathan, local and regional banks may struggle to win business from their larger competitors on pricing. Assistant general manager of structured trade and commodity financing at SMBC Europe, Andy Howell, agrees. "Local banks are having to fund themselves from London.

It's easy enough to raise money for two or three days, but when you are looking for funds for two to three years, that's going to push your costs up," he says.

Multilateral and other assistance

Development banks, multilateral agencies and ECAs recognize that trade is vitally important in an integrated world and are substantially expanding their programs to facilitate trade. Imports are critical to developing countries, while exports can generate much-needed foreign exchange. However, during the present crisis banks tend to reduce their exposure to emerging markets as a defensive measure, resulting in decreased short-term trade lines.

When the heads of the multilateral development banks and the International Monetary Fund (IMF) met in Tunis in February, discussions focused on recent developments in the global financial sector. Their review of the situation in developing economies concluded that the consequences of the global downturn go well beyond economic contraction or reductions in growth. Unlike advanced economies, many developing countries do not have the resources to bail out their financial or other sectors.

Several institutions are already making unprecedented efforts to boost availability of trade finance to developing countries. In December 2008, the International Financial Corporation's (IFC's) board approved a package to support the private sector in emerging markets. The package consists of doubling the IFC's Global Trade Finance Programme (GTFP) from USD 1.5 billion to USD 3 billion over a three-year period to meet a large increase in demand for short-term trade finance (see the January-March 2009 issue of DCInsight). The expanded facility will benefit participating banks, because the GTFP facilitates trade by providing guarantees for L/Cs and other instruments that cover the payment risk in trade transactions with local banks in emerging markets.

The European Bank of Reconstruction and Development (EBRD) is nearly doubling the amount of short-term credit available for traders in its member countries. Client banks participating in the EBRD's Trade Facilitation Programme (TFP) have a limited capability for lending to businesses, because funds from their main source of financing, foreign lenders, are drying up. Banks in the Commonwealth of Independent States in particular - in Kazakhstan, Russia and Ukraine - are hardest hit, and the TFP has become the only source of trade finance for some banks.

Japan Bank for International Cooperation (JBIC) says it is currently working out details of a USD 1 billion trade finance initiative to be executed by the state-owned bank that promotes economic cooperation between Japan and overseas countries. It aims to support financial institutions in developing markets, especially in Asia. JBIC will cooperate closely with the IFC's trade finance programmes and the comparable Trade Finance Facilitation Programme (TFFP) provided by the Asian Development Bank. The ADB's programme grew exponentially in 2008 according to the bank, which says it is anticipating strong growth in the program, "particularly at this time when trade - a cushion against recession in much of the world - requires it".

In January 2009, the Inter-American Development Bank (IDB) announced that it is more than doubling the programme limit for its TFFP from USD 400 million to a maximum of USD 1 billion. The IDB will also add loans to its current offering of guarantees and support non-dollar denominated trade finance transactions, especially in euros.

In related developments, China and the US recently announced a significant new partnership to boost trade in developing countries. The US Export-Import Bank (US Ex-Im Bank) says it intends to provide USD 4 billion in new short-term trade finance facilities and USD 8 billion in new medium- and long-term trade finance facilities for the export of US goods and services to emerging markets. The Export-Import Bank of China (China Ex-Im Bank) is providing USD 8 billion in short-, medium- and long-term trade finance facilities for export of Chinese goods and services to emerging markets. Both countries say they will coordinate with the IFC and regional development banks to complement existing emerging market liquidity efforts. The program will be implemented through bilateral ECAs in the form of direct loans, guarantees or insurance to creditworthy banks.

These efforts will surely help, but the short-term outlook for most developing countries is gloomy. One bright spot may be, surprisingly, Iraq. After decades of social and economic insecurity, the security situation in areas such as Kurdistan and parts of southern Iraq has greatly improved - the UK's Prime Minister Gordon Brown is backing a drive to persuade investors to look into areas around Basra, from which British troops are withdrawing.

Iraqis are sounding a cautiously optimistic note for 2009. According to the Trade Bank of Iraq's chairman, Hussein Al- Uzri, there are notable opportunities in the country and clear-sighted investors are making up to 25 per cent returns. In January, the Central Bank of Iraq authorized the country's private banks to handle international payments and foreign currency L/Cs worth up to USD 4 million each for the first time in years. Iraq's 30 banks had previously been restricted to writing L/Cs worth just USD 1 million. Much more work is needed for Iraq to have a truly effective crossborder payment capability, and its relatively small private banks can only support limited amounts of trade finance, but at least the CBI's authorization of bigger value L/Cs underlines the country's long-awaited mood of optimism.