The ambiguities in UCP article 32

In UCP 600, there are different kinds of articles. Some are necessary, some are balanced and some are perhaps not all that clear to everyone that reads them. There is, however, one article that falls into a class of its own. The article in question is article 32, the topic of which is "instalments" i.e., the article is to be used when the documentary credit includes "a drawing or shipment by instalments within given periods". 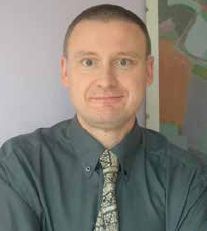 Sindberg; "[Article 32] falls into a class of its own"

The article is worded as follows: "Instalment Drawings or Shipments If a drawing or shipment by instalments within given periods is stipulated in the credit and any instalment is not drawn or shipped within the period allowed for that instalment, the credit ceases to be available for that and any subsequent instalment." (Note that "Drawings" is included in order to facilitate standby L/Cs - this is outside the scope of this article.)

When I read this article, my mind starts to wander to the Monty Python series, in particular a sketch called the "Dead Parrot Sketch." In it, one of the characters says: "This parrot is no more! He has ceased to be! 'E's expired and gone to meet 'is maker!"

Although a documentary credit is not a parrot, it still ceases to exist. However, this usually happens at a pre-defined point in time - at the expiry date. Therefore, it is normally not a surprise when the documentary credit expires. However, there is one situation in addition to the expiry date that may result in the death of the documentary credit: this occurs when it stipulates shipment by instalments within given periods and when an instalment is not shipped within the period allowed. In fact, the consequence of invoking article 32 is severe. For that reason, it is vital to fully understand exactly what constitutes "instalments within given periods".

First, a brief look into the history of instalments in the UCP. Even the 1933 version of the UCP (UCP 82) included an article on instalments, namely article 37,which was worded as follows:

This wording is different from what's in UCP 600 today: even though an instalment is not made within the given period, the documentary credit is still alive for subsequent instalments.

The shift was made in 1962. UCP 222 article 34 reads as follows: "If shipment by instalments within given periods is stipulated and any instalment is not shipped within the period allowed for that instalment, the credit ceases to be available for that or any subsequent instalment, unless otherwise stipulated in the credit."

Although the wording has been changed in each revision of the UCP, the essential content has remained the same since 1962: missing an instalment means that the documentary credit dies.

"Drawings" for the purpose of an application to standby L/Cs was added in 1982 in UCP 400.

In order to understand UCP 600 article 32, one must consider the logic behind it. UCP 600 does not define "instalments within given periods" as such, but it is fair to assume that it represents a series of shipments (or drawings) that are interrelated so that the failure to meet one shipment has a negative consequence, not only on the actual shipment, but also on subsequent ones. One could cite the delivery of a factory where each part must be delivered at a certain point in time, and when the delay of one part would delay the full project. Following this line of thinking, it can be said that not only is the time frame important, but also the order in which each shipment is made. Delivering the machinery before the building to contain the machinery is completed is bound to create a problem.

Instalments within given periods

As mentioned, UCP 600 does not define "instalments within given periods". This is problematic because of the potential consequences of this for article 32. Namely, there is a difference between a "late shipment" that constitutes a discrepancy and a "late shipment" that results in the cessation of the documentary credit.

An old ICC Banking Commission Opinion deals with this subject2. It includes the three following examples:

The analysis and conclusion of the Opinion includes the following:

"Example No. 1 gives three 'latest' shipment dates for which 3 x 10,000kgs may be shipped. [...] While this is not the requested wording that was intended by Article 41 [of UCP 500 added by the author] nevertheless, if at least 10,000kgs is not shipped by 31 October the credit would cease to be available for all further shipments [...]."

"Example No. 2 shows 3 distinct periods in which 10,000kgs are to be shipped. It is not possible to combine any shipments. This type of schedule is subject to the provisions of Article 41.

"Example No. 3 is a mix of No's 1 and 2. The first shipment term could include all or part of the goods relative to the third shipment term. However, the credit would cease to be available for further drawings pursuant to Article 41 [...]."

Considering the consequence of the L/C stipulating instalments as per UCP 600 article 32 (or, in the case of the above Opinions, UCP 500 article 41) - as well as the logic behind the instalment article described above - the conclusion of this Opinion seems questionable. "Instalments within given periods" must mean a sequence of periods - each period described so that the start and end of each period can be determined.

Consequently, Example 1 above should NOT be defined as "instalments within given periods".

There seems to be confusion as to how "instalments within given periods" in UCP 600 article 32 is to be interpreted. This should be clarified in the new version of the ISBP3to mean a sequence of periods - each period described so that the start and end of each can be determined.

Going forward, a more appropriate approach could be adopted when (and if) UCP 600 is revised. Such an approach should follow the principle of article 37 of UCP 82 (1933), as it is too severe to insist (as is the case in UCP 600 article 32) that the documentary credit will automatically cease to be available when one instalment is missed. That being said, one must accept that there are cases where the L/C indicates a series of shipments that are inter-related so that failure to meet one shipment has a negative consequence on subsequent ones. Therefore, a balanced approach is required - for example as follows:

Instalments by given periods could be defined as a sequence of periods, each period described so that the start and end of each can be determined.

No matter what, a precise definition of "within given periods" is needed, and the ongoing ISBP revision is a perfect occasion to do exactly that

Kim Sindberg is a Trade Finance Consultant. His e-mail is kim@kimsindberg.com

1Ipso facto is a Latin phrase, directly translated as "by the fact itself.