URDG challenges in the Arab world

ICC has established a series of international uniform rules that have helped spread common practices worldwide and often serve as a basis for the development of national laws. The UCP, for example, have clearly succeeded in becoming the only accepted rules in their field. However, since 1992, even though ICC's Uniform Rules for Demand Guarantees (URDG) have proved to be successful and reliable, they have not been as universally accepted as the UCP. 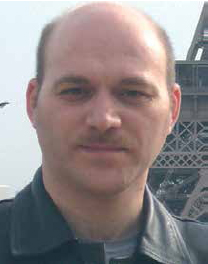 Burjaq: "there remains a need to re-emphasize the independence principle"

The latest version of the URDG will soon have been in effect for two years, but we still receive and issue guarantees that are subject neither to URDG nor to any other similar acceptable practices or rules. This is in contrast to the latest version of UCP, which practitioners were ready to implement on day one.

There are several reasons for this. The most important, in my view, is that in some countries the templates of guarantees issued in favour of the parties have yet to be updated or modified to comply with the URDG 758. Instead, guarantees are still issued using old templates and are subject to their national laws that are out of date. In this article I'll address some issues in this regard that several Arab countries still have to face.

As noted, in some Arab countries, the problems often stem from outdated laws and regulations. This has resulted in several anomalies, for example:

1.Even when an issued guarantee is automatically renewable, extensions may still be requested on a quarterly basis. Requests to extend a guarantee's validity are common although the guarantees are renewable for longer periods until they are finally released by the beneficiary. In these cases, the only loser is the applicant who pays amendment charges to the bank as well as revenue stamps to the government every time a new extension is issued. In fact, the extension is meaningless when there is automatic renewal. In many countries, even where this open-ended validity is counter to their regulations, when the government is the beneficiary, the practice is found to be acceptable to protect government interests in the event staff oversight results in a failure to claim in a timely manner if the applicant defaults.

2. Where the beneficiary is a governmental or semi-governmental entity, once the guarantee instrument is delivered to it an immediate claim will be issued and presented to the guarantor, saying that on the date of expiry it is requested to either pay the guarantee amount in the beneficiary's favour or extend it for further periods without any further claim from the beneficiary unless the latter releases the guarantor. In doing so, the beneficiary considers that its rights are protected in the event it fails to make a timely claim on a real default by the applicant. In cases like this, as no acceptable rules or proper national laws are being used; in disputes the decision will be always be to the judge, who is required to have the right tools to make the right decision. Therefore, several parties may fall prey due to a lack of practical experience.

3. In international banking practice, independent undertakings need to show the type, means and place of presentation in order make timely and compliant presentations. In several Arab countries, where the beneficiary is governmental or a semi-governmental entity, claims from beneficiaries have been received by the guarantor via fax, despite the fact that neither the guarantee nor the applicable law allows this form of presentation.

4. There are cases when the claim has been prevented due to the guarantee being inoperative or non-compliant. Regardless of this, guarantors were still requested to pay. This was clearly to protect governments and is a consequence of the lack of proper customs or laws that cover these practical details.

5. In some Gulf countries, beneficiaries consider that their claims are timely once the claims leave their control within the validity of the guarantee, whether or not they were received by the guarantor within that time frame and regardless of the form and place for presentation that the guarantees may specify.

These bad practices infringe on what we have learned and practised over several years. Clearly, there remains a need to re-emphasize the independence principle and the documentary nature of guarantees. And we need to focus on the clarity, comprehensiveness and precision of URDG 758.

The task is made easier by the model guarantee forms that accompany URDG 758. In his introduction to the revised rules, Dr Georges Affaki, Chair of the URDG Drafting Group, puts it this way: "Using the new URDG 758 model guarantee form levels the playing field and avoids misunderstandings. As such, hopefully it will significantly curb the worrying tendency that a few courts have shown in recent years to recharacterize demand guarantees as accessory suretyships - or the reverse. While sometimes warranted by the ambiguous terms used by the parties, such interference has considerably destabilized the international guarantee market by adding a particularly prejudicial element of uncertainty. Such a regrettable situation can be remedied by a consistent use of URDG 758 and their accompanying model form in any type of demand guarantee or counter-guarantee or, indeed, any other independent undertaking."

Mohammad M. Burjaq is a trade finance specialist and Chief Operations Officer at Bank al Etihad in Jordan. He is a member of ICC Task Force on Guarantees, the UCP 600 Consulting Group and the ICC Banking Commission. His e-mail is: cdcsmmb@yahoo.com