There are grave and underestimated perils in bringing the doctrines of good faith and unconscionability into letter of credit (or independent guarantee) law and practice, yet some courts, especially in a few Asian jurisdictions, seem willing to accept such doctrines, which alter the nature of an independent undertaking and render it an entirely different commercial device. 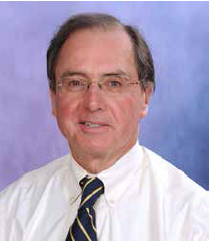 Dolan: "those doctrines destroy the independence of the obligation"

In fact, of course, the conclusion that those who defend the doctrine of strict documentary compliance or who support the doctrine that the issuing bank's obligation on an independent undertaking is independent of the underlying transaction are not arguing that applicants or banks have a right to behave in bad faith or unconscionably. They are arguing simply that bad faith and unconscionability analysis have no place in independent undertakings litigation, for those doctrines destroy the independence of the obligation. Unfortunately, these issues do not always lend themselves to rational discussion.

Bad faith is the absence of good faith and, in law, is usually activity that is dishonest or constitutes a failure to observe reasonable standards of fairness in the industry. It is nice to say that everyone should act in good faith, and efforts to keep the good faith notion out of letter of credit law distresses some, who see the rules as devices by banks to oppress commercial parties. The US Uniform Commercial Code, Article 5 defines "good faith" as honesty in fact. Under this definition that excludes the "reasonableness" standard, arguments that a party should know reasonable standards of fairness in the industry when there are no such standards or when the beneficiary or applicant is reaching to find them, will not work in letter of credit litigation.

When markets were local, it may have been that a New York buyer who rejected a Chicago seller's shipment of sweaters, 12 to a 10-sweater box, may have violated standards of fairness in the garment industry. Today, garments shipped to New York more likely come from Bangkok than Chicago, and chances that there are any standards of fairness in that global industry or most other global industries is unlikely. Testimony of such standards is testimony of ersatz standards that appeal to the expert witness's views of what parties in the garment trade should do.

The "good faith" issue often arises when an issuer dishonours the credit on the grounds that the beneficiary's documents are defective. In Mannesman Handel AG v. Kaunlaran Shipping Corp., applying Swiss law, the Court of Queen's Bench rejected the issuer's argument that the beneficiary's deficient documents justified its dishonour. Applying the good faith and abus du droit provisions of the Swiss Civil Code, the court ruled that the issuer knew or should have known details of a related transaction, and that payment it had received under a separate credit rendered its dishonour of the non-complying presentation an act of bad faith. The ruling destroys the independence of the credit and imposes investigative and lawyerly duties on document examiners.

When an issuing bank's document examiners determine that documents do not comply, they must next decide whether to honour or dishonour. Most of the time, the bankers will ask the applicant whether it wants to waive the defects and take the documents. Studies suggest that in most cases the applicant will waive them. The applicant wants the goods, the documentary defects notwithstanding.

Occasionally, however, the issuer will not ask for the waiver or will ignore it. If the issuer is concerned that the applicant's financial condition renders reimbursement unlikely, the issuer may choose to dishonour. That decision will strike many as one taken in bad faith. There is nothing dishonest in taking that position, however; those who understand letter of credit practice know that it is not bad faith for the issuer to enforce the conditions of the credit and, more importantly, know that when courts open the question in a few cases they render litigation highly probable in many others.

Increasing the likelihood of litigation is always a recipe for disaster. It increases costs and is always a burden in commercial transactions. When certainty suffers, costs rise. The commercial party that knows what it is doing knows that presenting non-compliant documents puts it at the mercy of the issuer. And the applicant ends up paying more as a subsidy for the feckless beneficiary that looks for relief when it fails to present complying documents.

Adoption of a good faith standard, moreover, runs the risk that experts who know better will temper their testimony. "Are you telling the court (or the arbitrator) that the issuing bank has the right to dishonour when the beneficiary presents a copy and not the original of an inspection certificate?" The answer should be an unqualified "yes", but many experts are reluctant to give that unqualified answer.

The answer to the question may in the minds of some depend on the consequence of the missing original. Yet, the answer is "yes", because the issuing bank should not be required to know the consequences of the defect and should not be allowed to consider the consequences. Document examination is a ministerial process, and that process does not entail equitable considerations. The issue should be only whether the documents are compliant.

Unconscionability is the practice of taking unfair advantage of another party. Some courts view a bona fide dispute in the underlying transaction as grounds to forbid payment of the credit, on the grounds that under such circumstances, payment is unconscionable.

This issue arises when the applicant wants the issuer to dishonour facially compliant documents. In an illustrative case, Dauphin Offshore Engineering & Trading Pte Ltd. v. Private Office, a yacht builder and its buyer disputed the quality of the builder's performance of the yacht building contract. When the buyer drew on an independent bank guarantee to recover installment payments, the court held squarely that if payment under the guarantee was unconscionable, the court could enjoin it. The court made it clear that unconscionability is different from fraud and depends on the facts of each case. Thus, the court would allow a stop payment order, and the buyer, who should receive payment under the bank's obligation not more than five banking days after presentment of complying documents, would have to wait as long as a year or more in some jurisdictions for his money and would have to convince the trial court that his draw is not unconscionable, whatever that means, all before he recoups his installment.

Avoiding that delay and avoiding the need to litigate without the funds are the two chief objectives of the independent bank guarantee and the standby.

Courts in trading nations have fashioned high thresholds for judicial relief for the applicant that claims fraud. Though in some jurisdictions courts are not vigorous in applying this rule, the applicant alleging fraud has a difficult time stopping payment in most important trading states. Courts in these states recognize that by forcing the beneficiary to litigate the fraud issue, the applicant is destroying the independent obligation as an effective commercial device and valuable bank product.

Regrettably, some courts, such as in the Dauphin Offshore Engineering case, now decline to enforce the credit when there is a bona fide dispute over contract performance. In that case, the court concluded that it was appropriate to stop the payment and permit the applicant to litigate the underlying contract issues before the beneficiary could obtain its money. Traditional letter of credit law allows the issuer to pay and forces the applicant to sue the beneficiary for breach of contract post payment. The new argument is not a "fraud" argument but an "unconscionability" one, which is not subject to the limits courts and legislatures have fashioned to prevent the fraud exception from destroying the viability of independent obligations.

Unconscionability argument akin to bad faith. It is the notion that by drawing, the beneficiary is taking unfair advantage of the applicant. Making that determination prepayment violates the independence principle that is the chief advantage of the standby and the independent bank guarantee as commercial devices, retards payment and reverses the character of these obligations from a "pay-now, argue-later" device to an "argue-now, pay-later" device, in effect transmuting the independent guarantee or credit into a dependent undertaking, a bond.

The introduction of the broad "good faith" definition or the unconscionability concept into letter of credit law disables the letter of credit. Those concepts destroy the credit's nature as an independent credit enhancement device that commercial parties should be able to choose to support their relationships. To destroy the letter of credit in this fashion is to leave many traders and borrowers with no device to gain entreé to markets.

Independent bank undertakings are crucial to trade and commerce. If courts take them away, we will have to invent "something new that is just like them", and that something will have to be available without regard for the concepts of good faith or unconscionability