The UCP in court 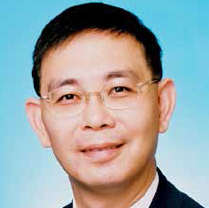 King-tak Fung:"The banks should have asked … clients to produce the relevant evidence of fraud"

When the transferring bank refused to handle the documents presented by the second beneficiary on 20 January 2006, where and when would have the transferred L/C expired?

Under UCP 500 and UCP 600, an L/C is available with both the issuing bank and the nominated bank. Accordingly, if the nominated bank refused to accept the nomination, the relevant L/C would be available with the issuing bank, which is obligated to effect payment under the L/C provided it received compliant documents on or before the latest presentation date or expiry date of the transferred L/C, whichever is earlier.

Consequently, if the first beneficiary had decided not to substitute documents, the second beneficiary would only have been entitled to the transferred L/C dollar amount but not the full L/C amount (sub-article 48 (i) of UCP 500). It follows that the second beneficiary was not entitled to any rights or interests that had not been transferred to it under the transferred L/C, including the L/C amount and the expiry date. The position under UCP 600 (sub-article 38 (i)) would have been the same.

This is further supported by the fact that a second beneficiary generally has no knowledge of the terms of the master L/C, while the issuing bank can obtain the details of the transferred L/C from the transferring bank. It would obviously constitute a double standard if the second beneficiary were entitled to utilize the expiry date stipulated in the master L/C, but not the full amount of the L/C.

What should the transferring bank and issuing bank have done when the first beneficiary and applicant informed them respectively that the inspection certificates presented by the second beneficiary were forged documents? The banks should have asked their respective clients to produce the relevant evidence of fraud. If there is clear and obvious evidence to support a fraud allegation, it is a good practice for banks to alert other related parties in order to stop the alleged fraud before it is too late. For example, it would have been advisable for the transferring bank to inform the issuing and presenting banks that, based on the letters issued by the surveying company, the first beneficiary suspected the inspection certificates were fraudulent. This could have prevented the presenting bank from being deceived by the second beneficiary and also stopped the presenting bank from claiming that it had negotiated the documents in good faith and without notice of fraud.

Note that under UCP 600 a nominated bank that has effected a negotiation, prepayment, purchase or payment in good faith and without notice of fraud at the time of payment is protected and is entitled to seek reimbursement from the issuing bank, even if the presented documents are subsequently proved to be forgeries.

So long as there is clear and obvious evidence of fraud and the notice to other banks is carefully drafted, the risk of defamation will be minimal. In any event, if it turned out that the inspection certificates were forged documents, there would have been no defamation issue at all.

Could the documents be negotiated?

Accordingly, in the present case, the issuing bank was not obligated to reimburse the presenting bank, because there were discrepant documents, a late presentation and an expired L/C. These valid grounds of refusal, therefore, were also available against the assignee1. As a result, even if the assignment between the presenting bank and the export credit insurance company had been valid, the export credit insurance company would not have been entitled to claim payment or reimbursement from the issuing bank. This is because it cannot recover more than the presenting bank, which, as explained above, was not entitled to any payment under the transferred L/C.

The above views were, in the main, endorsed by the ICC DOCDEX experts (DOCDEX Decision No. 272) and the District Court of Seoul. Accordingly, the legal actions taken by the export insurance company against the issuing bank in South Korea failed. The presenting bank was ordered by the court to refund the credit insurance company

King-tak FUNG is a Banking Partner of Eversheds Hong Kong, a member of the ICC Consulting Groups on the UCP 500 revision and Forfaiting and author of Leading Court Cases on Letters of Credit (www.iccbooks.com) and UCP 600 - Legal Analysis and Case Studies (www.peer.com.hk). His e-mail is ktfung@eversheds.com