A few months ago, I came across an old letter of credit case that had been litigated in the Philippines. We had lost at the trial and the lawyers were preparing the motion for reconsideration to the trial judge before the matter was sent up to the Court of Appeal. 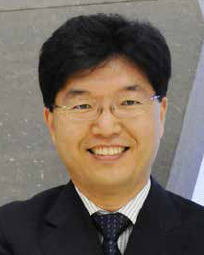 Song: "general principles do not decide a case"

But as Justice Holmes once said, general principles do not decide a case, but the facts involved in the case do.

The letter of credit required an acceptance certificate issued by the applicant and the copy of the bill of lading. The original bills of lading were to be sent directly by the beneficiary to the applicant after shipment.

I was told that the goods, which were tents, had been sent to the applicant by the beneficiary but the applicant, not happy with the goods, did not issue the said acceptance certificate.

The presenting bank, which had made a pre-shipment loan to the beneficiary in order to recover its loan, presented the copy bill of lading and the usual commercial invoice and packing list to the issuing bank. It noted on its cover letter accompanying the documents that there was a discrepancy, i.e., missing acceptance certificate of the applicant.

However, the Court of Appeal reversed the judgment of the trial court, saying the following: "It would be a strange rule indeed under which a party could tender drafts containing defects of which it knew and yet attain recovery on the ground that it was not advised of them." Philadelphia Gear Corp. v. Central Bank, 717 F.2d 230, 238 (5th Cir. 1983).

Although the letter of credit process is quite routine and mechanical, when someone tries to abuse the process as in this case, the court does examine the facts of the case and makes a judgment against the party abusing the process.

Many would argue that the five-day rule is absolute and that whether the cover letter mentions discrepancy or not, when the issuing bank does not send a discrepancy notice, it should pay.

I do not agree.

Many years ago, in November 2000, when most of us were much younger, this story (mostly concerning documentary credits) started. From then until now, 12 years later, we have received almost 230 queries. That's why today I'm using this article to offer my gratitude and homage to the different people who have been in ICC Spain's Group of Experts on documentary credits for all of these 12 years. 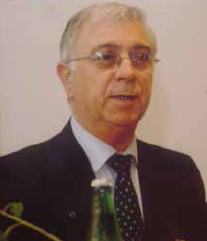 Fornt: "There have been many queries resolved at the national level"

In 1999, the number of queries sent to the ICC Banking Commission was so burdensome that the Commission considered establishing a sort of filter at the national level to let the Commission focus only on cases containing points of special interest. This idea was considered in the meeting of the Commission on 28 and 29 April of that year. At least 18 ICC national committees responded and said they could help by providing, at the local level, answers to most of the queries. As a result, ICC Spain's Group of Experts on documentary credits was created.

In our first meeting - at a lunch provided by ICC Spain - there were eight of us. We established some strict rules to become a member of the group. Half of the members should come from commercial banks, the other four from savings banks (a distinction that has disappeared in today's Spain). There should also be some territorial balance among the institutions present to express banking knowledge coming from all regions of Spain. Each member was to be appointed by its institution. In addition, each of us should have at least ten years of experience in documentary credits (and other ICC rules, such as collections or demand guarantees). If a query should involve one of our banks as a party to the case, the member from that bank would abstain, not only from voting, but also from offering his/her point of view. Thereby, the independence and impartiality of the group was assured.

The procedure followed by the Group is a simple one. A query is received at ICC Spain, sometimes after a long phone call explaining the problems and generally followed by an e-mail with attached documents. The mail is forwarded to the Group - now containing 10 members. Some members have retired from their banks but have retained their expertise and remain active in the Group. The Secretary General of ICC Spain appoints the "rapporteur" for each response. Usually, there is an immediate exchange of e-mails among the members of the Group. In less than a fortnight, a response has been prepared.

Some banks in the Group have been replaced by others during these 12 years, but the requirements to be an expert in the Group have remained the same. Decisions are taken after voting a draft that a "rapporteur" - one of us - has prepared or amended. Sometimes up to three drafts are necessary to achieve a consensus. Either a unanimous or majority opinion is the basis for each answer, and in the very rare cases where there has been a draw, the case is forwarded to ICC Banking Commission for its final and binding decision. That has happened in just a few cases, less than ten in 12 years, of the 230 queries received. These were queries TA 695, TA 703, TA 716 and TA 646.

There have been many queries resolved at the national level because the Group has been quick, efficient, technical and free. The first queries were from banks that had doubts about an interpretation of the UCP; others arrived later from importers, exporters, insurance companies, freight forwarders and even students. The longest queries came from a student who had so many questions - though very basic - that the Group answered them just for academic purposes. One of the shortest came from a bank clerk who failed an exam after answering that in the new UCP 600 there can only be irrevocable credits. Most of the queries have generated such intense discussions among the experts that a Ph.D. thesis could be written on any of them.

Some of the queries have come from abroad, and the answers are posted in www.iccspain.org. Latin American Spanish-speaking users of documentary credits and demand guarantees, who need to have answers to their questions, are able to read them. In one case, we were asked to confirm the answer to a very complex case study developed for a course in Ecuador, with two standby credits used as a guarantee and counterguarantee, later blocked by an injunction from a French court. But no answer is intended to be binding nor can it be used as an authority, and to make that clear, the Group uses the same kind of disclaimer clause used by ICC Banking Commission after each opinion.

Twice a year, the ten members of the Group and its secretary - ICC Spain's Secretary General - meet. One member (or its bank) invites the others to its headquarters and the Group reviews again, "in situ", all the queries received that semester. There is more discussion, and, in some cases, the answers are amended. Usually after more than four hours of intense technical analysis of each case, the meeting is adjourned and the host offers a lunch to all the others. This has helped to maintain a good working relationship, even friendship, among the experts from the different banks, and though they do not agree on some approaches to the cases (or are fans of different football teams), they are speakers at many of the events arranged by ICC Spain to explain the UCP or the URDG easier.

This is a real success story, a solution toa problem faced by an overburdenedBanking Commission. As a member of the Group since its inception (there are three of us), I expect this Group - and others in other counties - to continue explaining the tools created by ICC to make trade easier.

The first ICC publication on International Standard Banking Practice (ISBP) was published in 2002 as Publication No. 645. However, with the influx of comments from the practitioners from various part of the globe, the ICC Banking Commission soon realized that its application had no clear relationship with UCP 500. But the Commission had no option but to remain until UCP 600 was approved to provide an updated version. As a result, ICC Publication 681 replaced Publication 645 less than five years after its original publication. ICC publication 681 was issued in June 2007, and now the Commission is busy once again in drafting the next revision. 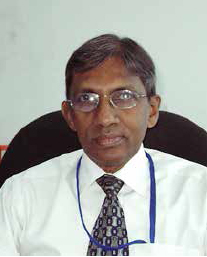 Peiris: "[is it] necessary to revise ISBP so regularly?"

So, within a period of less than ten years, we have already witnessed one original publication and a revision with yet another revision due within a matter of months. My question is whether it is necessary to revise ISBP so regularly. As it is, the Commission revises ISBP even faster than the UCP. I believe we have to seriously think about what has prompted these frequent revisions of the ISBP.

I am in agreement with other trade practitioners that the application of international standard banking practices has considerably reduced the rejection rates of documents due to discrepancies. By providing a list of these practices, ICC has made the lives of documentary checkers much easier. However, what I cannot understand is why ISBP should change with every revision of UCP.

The UCP came to exist as a result of ICC's effort to codify the trade customs and practices that had prevailed in the past, picked up from merchants and/or court cases. These banking practices were then embodied in the UCP, though only in UCP 500 was it spelled out (in sub-article 13 (a)) that compliance would be determined by international standard banking practice "as reflected in these articles".

In order to help train documentary checkers, the US Council on International Banking started compiling a checklist that specified their members' understanding of typical terms and the methods to determine compliance of documents containing these terms. As mentioned by Dan Taylor in his "The UCP - A brief US History", this compilation of rules of practice influenced the development of the UCP.

I believe the time is now ripe for ISBP to become a document that can be referred to on its own by the documentary checkers in their process of examining documents. The drafting committees of ISBP have acknowledged and that the ISBP does not amend UCP; it only explains, in explicit detail, how the rules are to be applied on a day-to-day basis. Furthermore, nowhere in the UCP is it mentioned that compliance with international standard banking practice depends on a particular publication of ICC.

It's understandable that, in the beginning, the drafters of the ISBP did not have any sample document to compare with in producing a book on standard banking practices except the document prepared by USCIB, which also made reference to the prevailing articles of the UCP.

However, in the present context, the ISBP has become a universal document, and the practices stipulated in it go hand-in- hand with the examination of documents and with the application of the UCP. In this context, I am of the opinion that the drafting group should change the layout of the ISBP and produce a publication without mentioning any particular articles of the UCP so that ISBP revisions will not be necessary as frequently unless there are drastic changes made to the prevailing UCP