﻿ Article: Point of view - Issuing banks and B/Ls consigned to order of themselves Author: by Bob Ronai Published in: DCInsight Vol. 18 No.3 July - September 2012 Link: http://localhost:82/content/tfb/DCInsight/DCI_Vol18n3_PointOfView.htm?l1=Trade+Finance&l2=DC+Insight&l3=DCInsight+Vol.+18+No.3+July+-+September+2012

Why do some L/C issuing banks require presentation of a B/L consigned to the order of themselves? This was a question I posted in an online group to get some discussion going. I realize that bankers have probably never really thought about the question. Presenting banks, nominated banks, confirming banks, any bank reading another bank's L/C simply accept that it is the issuing bank's instruction. The big question really is, has any issuing bank actually thought about it? 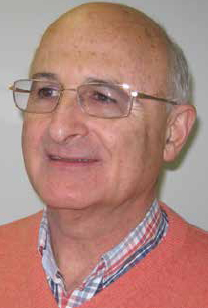 Ronai: "It is particularly annoying for shippers..."

I further explained in my post: "It is a particularly annoying (for shippers) requirement in many L/Cs that the issuing bank requires the B/L consigned to the order of themselves, often along with their full street address. It is in the best interests of shippers that they retain as much control over the title to the goods until the documents are correctly handed over to the buyer after the L/C drawing has been paid (or accepted) by the issuing bank.

"Is there a genuine reason for the B/L being consigned to the order of the issuing bank or is it just a bad habit picked up long ago and perpetuated by some banks because no one thinks about it or challenges them? Why is a full set of the B/L consigned to order and blank endorsed not sufficient?

"What extra protection does the issuing bank think it gives them? If the issuing bank advises that the presentation is discrepant and the applicant refuses the documents, what is the issuing bank's position re handing (and endorsing) the B/L on to another buyer of the beneficiary's choice?"

Bankers may well ask at this point: "So what, just do what the L/C says." We must remember, however, that L/Cs are not just a device to keep an inner circle of bankers amused or employed, but are a means of facilitating international trade. And international trade involves sellers and buyers who are not bankers. Moreover, the documents required by L/Cs include transport documents issued by carriers who are also not bankers.

Every time an L/C requires the B/L consigned to an issuing bank it adds work and potential for error. The beneficiary must ensure that its written instructions to the carrier are letterperfect, and then it must ensure that the carrier's B/L is letter-perfect too. Easy to say, but it means that the seller's and carrier's staff are dealing with names and words that will not be familiar to them.

Add to this, for reasons unknown, some issuing banks insist on including as part of the consignee details their full street address - complete with department name, office and level number, building name, cross streets and so on as if it were to be delivered by the mailman - and the margin for error grows considerably. Then the presenting bank's staff must provide their usual level of document checking, usually at least two different readings by two different people. How much time has been spent in this exercise for just one set of documents? Multiply that by thousands each day.

From a beneficiary's point of view, why should the B/L be consigned to the issuing bank's order when it is not involved in the sales contract? Yes, the L/C itself constitutes a contract between the issuing bank and the beneficiary that the payment will only be made against presentation of complying documents which accompany a specified financial instrument, i.e., a sight draft or usance draft drawn on the specified bank, or by way of a deferred payment undertaking of the issuing bank. In other words, why should the issuing bank in any way be a party named in those shipping documents evidencing performance under the sales contract between the beneficiary and the applicant?

The other point which concerned me, though admittedly its occurrence is quite unusual, is where, for some reason or other, a set of documents might be rejected by the issuing bank for a discrepancy and, in accordance with UCP 600 subarticle 16 (c) (iii) (a), the issuing bank is holding the documents pending further instructions from the presenter.

Let us say for example that the discrepancy was late shipment, and the applicant refuses to take up the documents because the price of the particular goods has moved downwards in the marketplace. Suppose the beneficiary finds another buyer and makes payment arrangements direct. And suppose the vessel is due to arrive at the destination any day. The expedient process is for the beneficiary to have his presenting bank instruct the issuing bank to hand the documents over to this new buyer. But the B/L is made out to the issuing bank's order. Will it be prepared to blank-endorse the full set of original B/Ls and hand it over to someone who is not its client? Having been named as the consignee on the B/L, does it want to accept any kind of responsibility or test it in a legal forum should the subsequent arrangements between the beneficiary and the new buyer later run into problems?

Responses to my question

Most of the responses to my question danced around the concept that the issuing bank required the B/Ls consigned to itself to secure its position should the applicant default, i.e., should the applicant have no money in its account when the complying presentation was received. This conjured up the scenario of a bank issuing L/Cs without full security - whether cash deposits, charges over existing assets or whatever - and hoping that its client would have enough wherewithall in the account on the day.

Would an issuing bank really be so foolish? And if the applicant did default, does the issuing bank want to be in the position of selling goods on the open market to recover its outlay? While it might be possible to do this for some freely traded commodity, how would the issuing bank dispose of specialty machinery spare parts destined for a failed project?

However, the main question remained without a satisfactory answer agreed to by all parties. What difference would it make to the issuing bank if the B/L was consigned to order and blank-endorsed? The bank would still be in possession of a title document which allows it to on-sell the goods if need be.

Some comments referred to a situation of documents being lost in transit between the presenting bank and the issuing bank. The respondents seem to be concerned that not only would they go missing, but some unscrupulous party would conspire to somehow find those missing documents and use the B/L, consigned to order and blank-endorsed, to claim the goods from the carrier. Of course, this conveniently overlooks the need for import clearance of the goods through the importing country's Customs authorities, who will want to know why Company NN is attempting to clear goods addressed on all the documents as appearing to be bought by Company ABC. It presupposes that company NN could actually profit from taking delivery of those specialized spare parts. It also highlights that many bankers these days encourage a potentially dangerous practice of sending all documents in one lot.

Why is it that the bill of exchange or draft is almost invariably issued in both a first of exchange and a second of exchange, and B/Ls are issued usually in three originals? The answer, of course, is to allow the documents to be split into two separate but equally valid sets of originals, to be dispatched on separate days or by different means, such as by courier and by airmail.

The commonly seen reimbursement instruction that the issuing bank will remit payment upon receipt of the documents detailed in 46A of the L/C renders this procedure cumbersome at best and delays reimbursement at worst. Issuing banks probably need to re-think the wording of their bank-to-bank instructions to protect their applicants as well as themselves and the presenting banks.

ISBP 681 in paragraph 184 also seems to support the contention that the issuing bank is not relevant to shipping documents by saying it need not be named as the consignee on certificates of origin. I would like to see the new ISBP include a paragraph stating that when an L/C requires a B/L consigned to order of the issuing bank, it is acceptable instead to present a B/L consigned to order and blank-endorsed. However, that idea was not accepted by the ISBP drafting committee, so I live in hope that, having now aired the topic to a wider audience, with enough thought given to the matter it might arise again in a subsequent revision.

To summarize, there seems to be no cohesive argument presented by banks which stands up to scrutiny to explain why this rather annoying and indeed unnecessary requirement has been adopted by L/C issuing banks. It seems to be based on the "it seemed like a good idea at the time" concept, which in turn is strengthened by the "that's how I was told to do it" excuse. So, I implore the bankers who read this article: please put a stop to this nonsense and only require B/Ls to be consigned to order and blank endorsed

Bob Ronai is the MD of Import-Export Services Pty Ltd, a company which specializes in export document preparation for its clients. He is a member of both the Banking and Incoterms committees of ICC Australia. His e-mail is bobr@exports.com.au