I refer to Rupnarayan Bose's article in the October-December 2011 issue of DCInsight, which makes an interesting read. Mr. Bose's article was prompted by an opinion from the autumn Banking Commission meeting reproduced in the January-March 2011 issue. 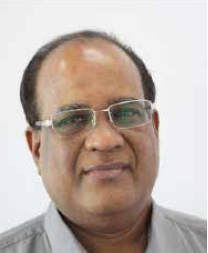 N.D. George: "equity and fairness demand that the interpretation of the beneficiary should prevail"

The Banking Commission said in that opinion: "The basis for the UCP in article 6 and international standard banking practice is that the expiry place and place for availability are the same." In another words, anything contrary would represents bad practice unless it is explained in the credit itself.

Mr Bose's article lists various permutations and combinations of credits expiring with the issuing bank in one country with the place of availability being with another bank in a different country. He then offers his perspective on each of them.

I have no disagreement with this as far as bad practice goes, but the point to make is that the test of whether the credit is badly drawn or not is often discovered when it is too late for the beneficiary to be able to do anything to have it fixed. More often than not, the problems with the credit are noticed only when the documents are received by the nominated bank for honour (except in the case of sophisticated beneficiaries who put the credit through a detailed scrutiny by trained specialists before it is passed on to the commercial division to act under it by making shipment or providing a service).

The issue then begs the question - which I think is left unanswered either in the ICC opinion or in Mr Bose's article - of the appropriate practice to be followed when the discovery is made on presentation of documents for honour.

I would have liked Mr. Bose to highlight that at this point in time equity and fairness demand that the interpretation of the beneficiary should prevail. For example, if the credit is available with a bank in Shanghai and expires on 01/03/2012 in London with the issuing bank, the beneficiary's expectation is that it has fulfilled its obligation under the credit by making a presentation to the nominated bank within the time frame mentioned in the credit.Mr Bose's conclusion is that this is not enough. He states that the presented documents must be received by the issuing bank in London within the expiry date even if they were received by the nominated bank in Shanghai within that time frame.

Attitude of the court

In my view, as the credit was nominated to be available with a bank in China, the Chinese bank would be in accord with international norms if it translates "01/03/2012 in London" to be the equivalent Chinese time and date. The nominated bank's contention would be that it was nominated to take documents and honour them as per the terms of the credit. And as far as the time limit for presentation of documents is concerned, this was only to ensure that the presentation was made by the beneficiary on the date that is equivalent to 01/03/2012 London.

Another interesting question: what if 01/03/2012 is a bank holiday in London? What then would be the equivalent expiry date applicable in Shanghai? I think that in this case the beneficiary could benefit from the availability of an extra day to make the presentation.

Conversely, what if 01/03/2012 is a bank holiday in Shanghai? Will the beneficiary have the right to present documents on 02/03/2012? I think not, since for the purpose of calculating the expiry date in Shanghai the relevant equivalent date is based on the fixed date 01/03/2012 or, as extended in London due to a local holiday in London, much the same way the date of shipment does not get extended if the last day for shipment is a holiday in the place of shipment.

N.D. George, after more than four decades in banking in India, the UAE and Bahrain, retired to his native city Kochi in India about a year ago. He can be contacted at cochin1949@gmail.com